The golden retriever, born blind in December, is a lifelong fan of the Boston Bruins.

If the dog lovers in Boston get their way, and professional hockey opens its ears to the cries on the Internet, a blind dog named Ray Charles may one day drop a puck on center ice at a Boston Bruins home playoff game.

Ray Charles is an avid Bruins fan, an adorable golden retriever, and a little black-nosed pup who was born blind last December. He can’t yet play the piano like his namesake, legendary singer Ray Charles, but he’s become quite popular. On Facebook, where his owners set up a fan page, Ray Charles the dog has more than 11,700 fans, all of whom flock to the page every time a new picture goes up. 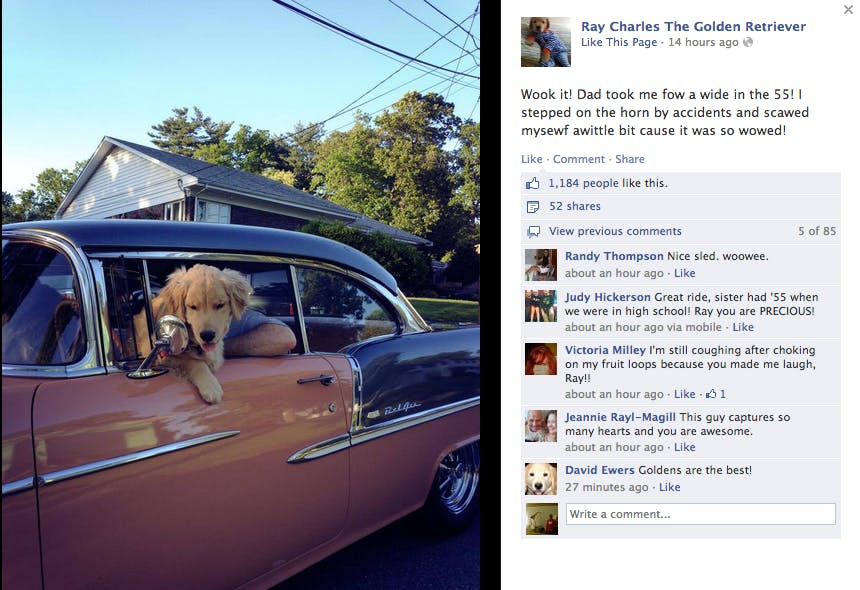 These days, Ray’s owners have bigger plans for their dog than more likes. They want to put Ray Charles under the big, bright lights, and they want to do so during hockey season.

Recently, they launched an iPetition campaign geared towards getting Ray Charles down onto center ice so that he can drop the ceremonial first puck on center ice at a Boston Bruins playoff game.

“Ray Charles may not have his sight, but we can still show him how much he means to all of us!” the petition reads. “Help Ray Charles drop the puck at a Boston Bruins game and keep helping to enrich the wonderful dog’s life!” 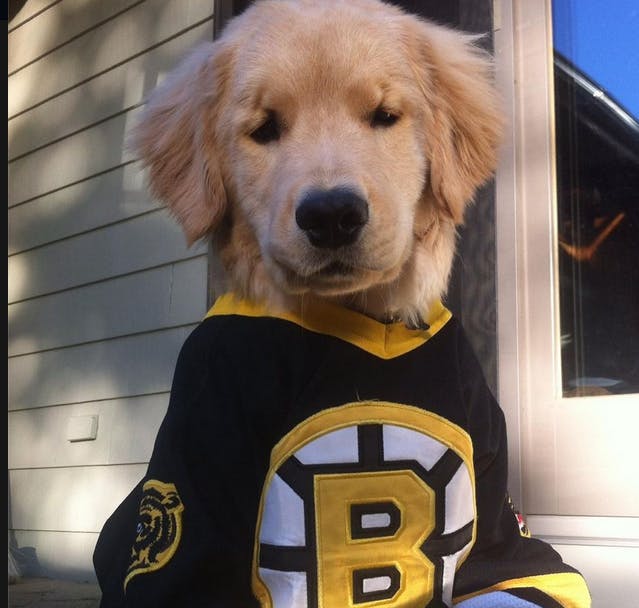 The petition opened Sunday and has since gained more than 720 signatures, with a target of 2,000 in sight. Considering iPetition’s lack of any restrictive timeline, plus Ray Charles’s growing Internet popularity (he’s gained more than 1,000 Facebook fans in the time it’s taken me to write this article), it’s a safe bet that the little golden retriever will hit the 2,000 signature target by week’s end.

Then the onus falls on the Boston Bruins brass.

The NHL’s Stanley Cup semifinals start this week. At the very least, the Bruins will host two games in Boston.