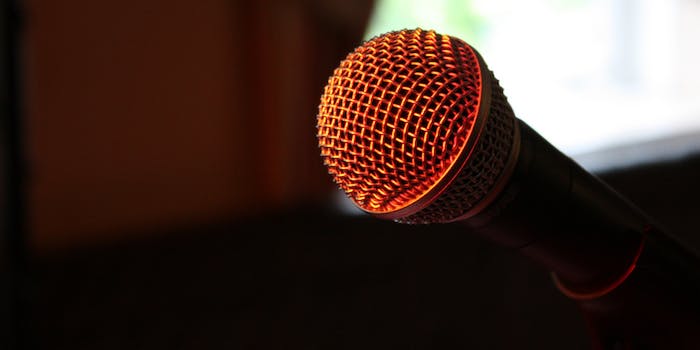 Shakespeare would be proud of these British schoolkids’ rap battle

There are no losers here.

There’s Biggie Smalls spitting fire as a 17-year-old in Bed-Stuy, and then there’s this: a rowdy group of British students going after each other in a playground rap battle for the ages.

Actually, “rap” may be a stretch—it’s more like a “rhyming couplet” battle—but the juvenile insults hardly matter. We’re in it for the roaring reactions (and a devastating round of boos).

Before you ask: Yes, a noble redditor has GIF’d the moment when that one competitor throws down his crutch over the “sheer level of hype.” Also, please note the kid in the background with nobody to high-five.

Anyone who found themselves wishing that the teacher had hit the crowd with a verse of his own, meanwhile, may be interested in the flow boasted by world-class educator Mark Grist. Watch him school a pupil like it’s his actual job:

I think it’s safe to say that Shakespeare would be proud.

Photo by sparetomato/Flickr (CC BY 2.0)