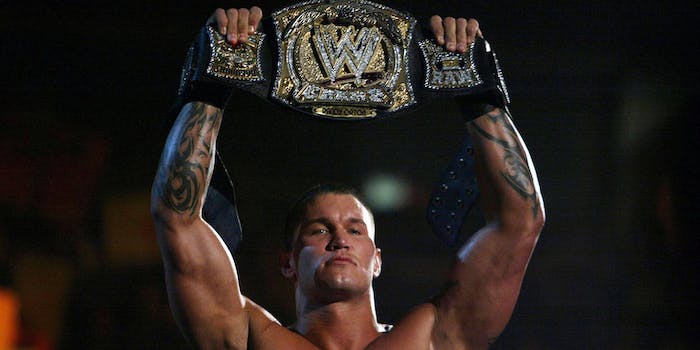 Here's proof that wrestling commentary is applicable to any situation.

Two things are certain on the Internet: Fail videos are funny, and WWE commentary will make anything better.

These clips of Randy Orton delivering the RKO to random people combine both of those things to create a delightful medley. We can’t stop watching.

The meme is the product of YouTube user steveozzi, whose videos perfectly capture the essence of pro wrestler Randy Orton slithering and stalking his prey before striking out of nowhere.

They also feature perhaps the funniest “yeah, I just did that” face you’ll see anywhere. Check out some of these newer clips that weren’t included in the montage.

Watch out for Randy Orton. He’s a viper!