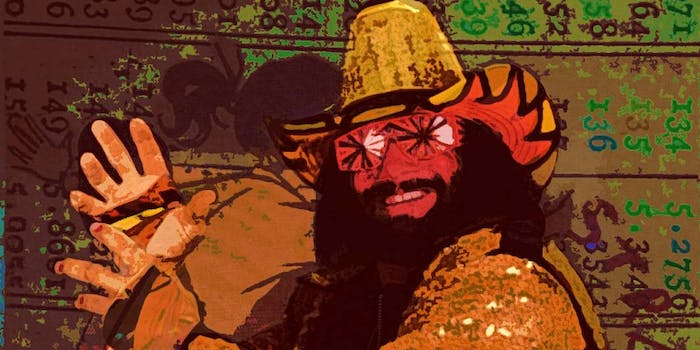 “Macho Man” Randy Savage, athlete, entertainer, lover of Slim Jims and Miss Elizabeth, was one the greatest professional wrestlers of all time.

If you don’t believe it, watch his video, where he keeps producing tiny cream cups to emphasis his point, and you’ll quickly change your tune.

That’s right, not only did he win six world championships, he also had magical powers. So who’s more deserving of a statue commemorating their greatness? Answer: No one.

That’s why Joe Chapman, started this petition on Change.org, to have statue of Savage erected in his home town of Columbus, Ohio.

Randy Mario Poffo, Also known as Macho Man Randy Savage is known the world over as one of the world’s best Professional Wrestlers of all time. During Savage’s 32 Year Pro Wrestling Career, he held over 20 championships, including the WWF and WCW World Heavy Weight title and is a WWE Hall of Famer. Randy Savage also wrestled in what most considered the best wrestling match of all time in front of 93,000 fans at Wrestlemania 3.

What most do not know is that Randy Savage was born in Columbus, Ohio. Columbus should honor it’s native son by placing a statue [in] downtown Columbus.

The petition already has more than 3,000 signatures, of the 5,000 necessary for it to be considered. It was even signed by Savage’s brother, Lanny Poffo, who said, “Randy dedicated himself to giving everything he had, in or out of the ring!” so there’s a good chance it could actually happen.

Although we’ll have to find it in our hearts to forgive him for losing to that hamster on the Weird Al Show.