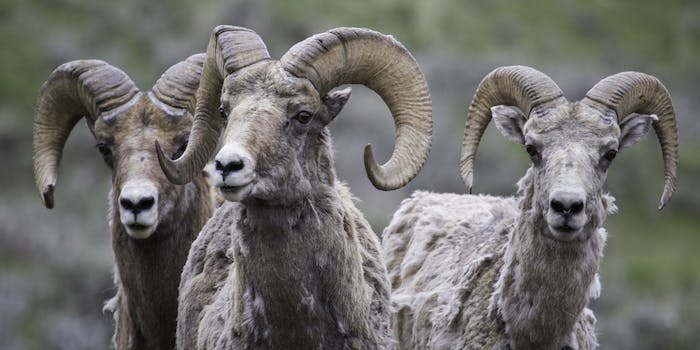 Ewe’ve messed with the wrong rams.

Whoever was driving the car in this video wasn’t considering the ramifications of interrupting a ram fight.

The passengers of one car were wisely sitting tight and watching in amusement as two rams duked it out on a road, but another car had different plans. The people in it probably had somewhere to go and didn’t have the time to wait for the rams to determine which one was the alpha. But the driver of the car didn’t expect an unplanned and temporary alliance.

We’ll say this for the rams: They’re not sheepish.