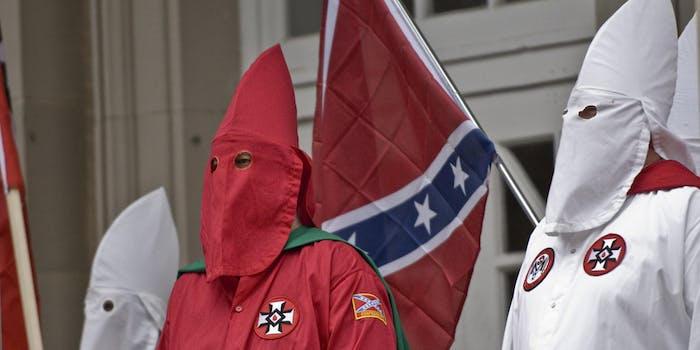 One website is linked to nearly 100 murders, a new report shows.

According to a report released by the Southern Poverty Law Center’s Intelligence Project, if convicted, Cross will be the latest in a spiralling number of killers whose actions have been foreshadowed by their deep involvement in ultra right-wing websites.

In particular, Cross was extremely prolific on Vanguard News Network, considered among the most active white supremacist forums by the Anti-Defamation League, having posted over 12,000 times to the site. He was also banned from Stormfront, a white nationalist community that Southern Poverty Law Center claims is tied to nearly 100 murders in the past five years.

The staggering number of killings attributed to Stormfront is largely due to the actions of Anders Breivik, the man guilty of murdering 77 people in Norway in 2012. While the enormity of Breivik’s crimes shocked the world, his online actions prior to committing his atrocity followed a pattern that has become increasingly common since Stormfront was founded in 1995.

Just four years after Stormfront went live, one of its members, Buford O’Neil Furrow, shot five people at a Jewish day care center before killing a Filipino-American postal worker. From then, the list of Stormfront-affiliated murderers has steadily lengthened.

In 2000, Stormfront user Richard Scott Baumhammers murdered six people during a shooting spree in which he targeted minorities. In 2002, Ian Andrew Bishop, a 14-year-old Stormfront member, killed his brother with a hammer, allegedly because he thought his brother was gay.

Of course, plenty of recently convicted murderers will have been prolific users of Facebook and Twitter as well, but the Southern Law Center’s Intelligence Report claims that “registered Stormfront users have been disproportionately responsible for some of the most lethal hate crimes and mass killings since the site was put up in 1995.”