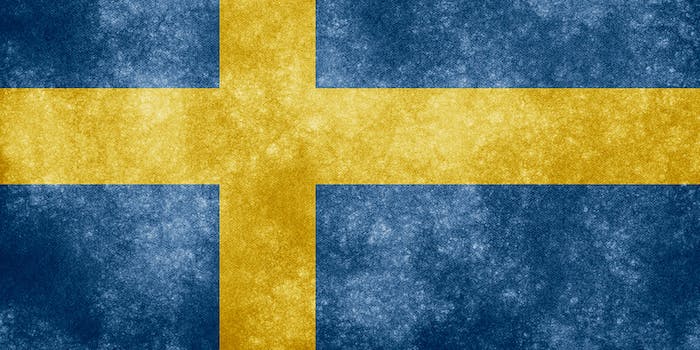 This racism-fueled murder hoax is spreading like wildfire in Sweden

There is something very weird happening on Swedish Facebook.

There is something very weird happening on Swedish Facebook. Here’s the story: A woman named Madeleine wrote a note about her friend Marcia Karlsson, claiming Marcia had been beaten to death by an ex-boyfriend who was seeking asylum in Sweden. The note spread across Facebook and onto a variety of forums associated with right-wing groups.

The Swedish Metro, however, reports that the whole thing is a hoax. The national registration, they write, includes no one by that name. According to the Local, the photo used on Marcia’s Facebook profile is actually of a woman named Hennie Hägström; moreover, there have been no murders reported in Marcia’s supposed hometown of Jönköping.

“For two years I’ve been in contact with her,” Madeleine, whom Metro reporter Jack Werner describes as “the single source of the claims,” told the Swedish daily. “For two years I’ve had no reason to doubt that it’s her. I feel as fooled as everybody else. It is my credibility as a person that is at stae, so I also feel deeply violated.”

For her part, Madeleine heard of the murder through a woman named Patricia, who claimed to have been a mutual friend. In turn, Patricia claims that she was informed of Marcia’s death by an alleged relative of Maria’s named Erik Karlsson. Erik’s profile, according to Metro, is also fake.

Here’s a screenshot of the original note, captured by Werner. It’s in Swedish, but look at the date of the alleged murder: Here it is in English, translated by Metro:

On January 10 2014 Marcia was going to pick up her two adopted children. She was overjoyed. This did not happen. A man that had been jilted by her said the following: “if I can’t have you no one else will either”. So the murderer knew what he was doing that morning a little more than a week ago

When everything that’s viral, from airplane note wars to Google employees whining about the poor, has a roughly 1-in-2 chance of being a hoax, it stands to reason that the hoax itself could be a hoax. Is this really what they’re talking about on right-wing Swedish chat forums? I don’t know, and I’m certainly not about to learn Swedish and go look. Are you?

More as this story develops.