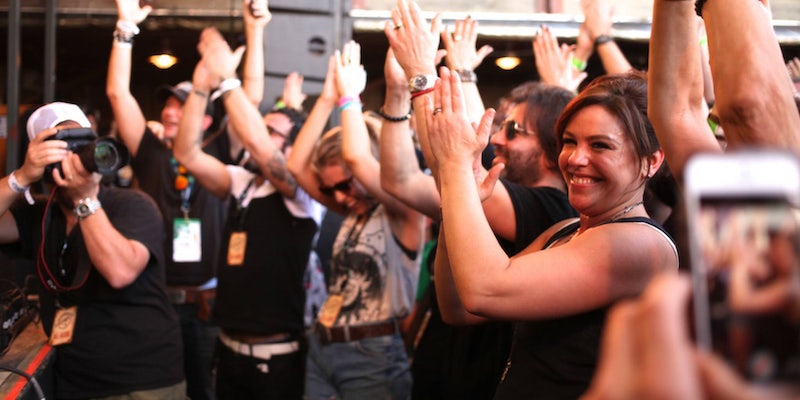 A very confused Rachael Ray may decide to make some lemonade out of the lemons in her mentions on Sunday.

The chef is inadvertently receiving some criticism from the Beyhive after some confused Beyoncé fans targeted the daytime TV star for allegedly being the “Becky” in Beyoncé’s Lemonade album.

In the song “Sorry,” “Becky” refers to Beyoncé’s husband’s side chick, and the Internet has been lit up trying to figure out if that person actually exists. A suspect surfaced on Sunday—fashion designer Rachel Roy, who posted a cryptic photo and caption to her Instagram only to be inundated with comments from the Beyhive. Roy subsequently set her account to private later that day. Her Wikipedia page has been similarly inundated with erroneous edits, which the online encyclopedia has been classifying as “vandalism.”

The confusion is understandable, if not hilarious. Fans are switching up the vowels and going after a pulled beef sandwich with lemon emoji. 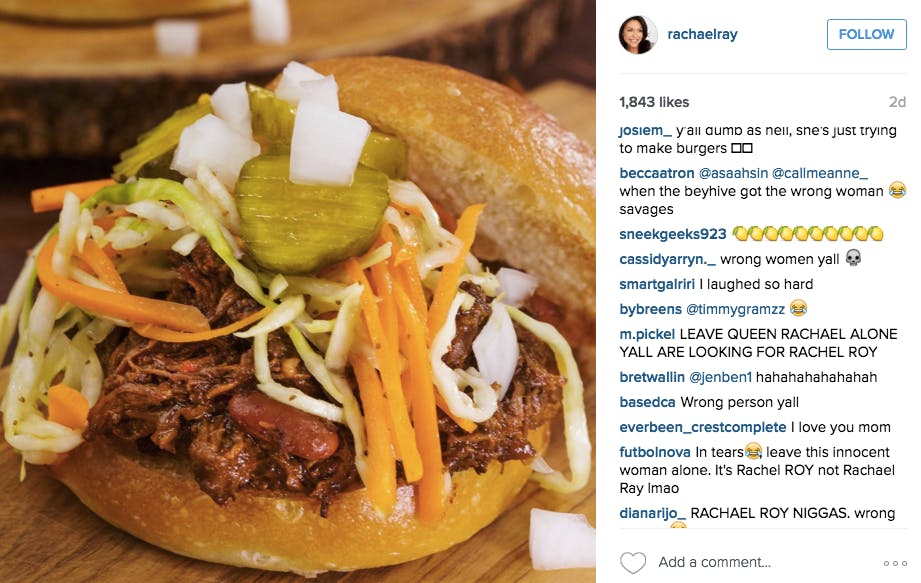 The comments on Instagram and Twitter appear to be split between people confusing Ray for Roy and those just 😂 at the fact that anyone would mix them up in the first place.

Twitter is staunchly defending the chef in this time of misspelling confusion, warning the #BeyHive that they’ve got the wrong woman.

OK, well, maybe not everyone.