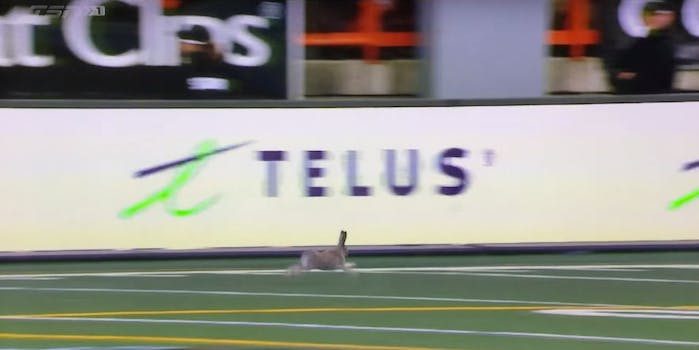 Rabbit sprints merrily across the field of a Canadian football game

It’s a jackrabbit of all trades.

Football players are prepared for most things when they take the field, but they’re still surprised by an opponent of a hoppier nature.

The Edmonton Eskimos and the Calgary Stampeders faced off in the Canadian Football League’s Labor Day Classic on Monday, but they were taken aback when a new player hopped onto the field between plays: a small rabbit.

Soon enough, all eyes were on the rabbit.

It might not have had the ball, but you can bet the crowd cheered when it ran into the end zone without much effort to stop it from the players. Somebody recruit it ASAP.