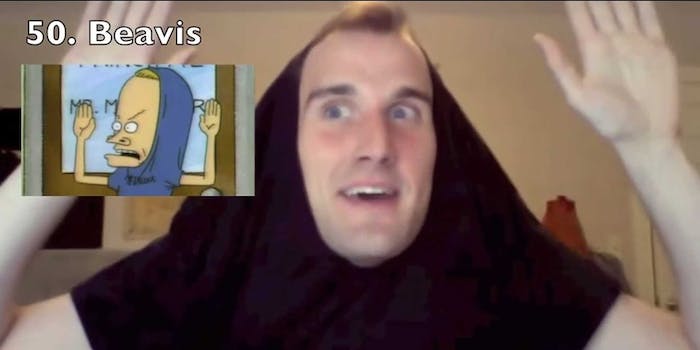 From Gandalf to Ren and Stimpy, Quinton Kappel can sound like anyone.

Did you know that Stewie Griffin, Chewbacca, and the Cowardly Lion are all the same person?

OK, so the source material for each character might invalidate that claim. The wide variety of personalities exhibited by these staples of movies and television was no challenge to Quinton Kappel, who impersonates 105 different popular characters.

On July 19, Kappel decided to share his skills with the world.

The YouTube video, which is slightly out-of-focus, couples each impression with an image of the character. While Kappel’s versions of Gollum and Homestar Runner characters are impressive, other takes, including Willem Dafoe’s version of the Green Goblin from Spider-Man and Jim Carrey’s Ace Ventura, could use some work.

Nevertheless, in less than a week, the video already has over 1,000 views, and is starting to draw comments from fellow pop culture fans.

“I’d? like to recruit you to be in one of my cartoons,” user Cham, an independent YouTube animation artist, said.

Time will tell if 105 impressions is enough to land a YouTube hit and propel Kappel, who works as an illustrator, into a voice acting career.