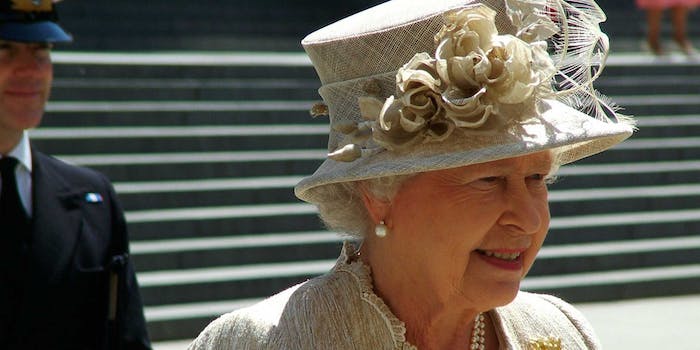 Queen Elizabeth II is also the queen of photobombing selfies

An Australian field hockey player had her selfie photobombed by Elizabeth II, Queen of England.

An Australian field hockey player had her selfie photobombed by Elizabeth II, Queen of England.

Jayde Taylor, 29, of Perth, Australia, is competing with the Australian Women’s Field Hockey Team, the Hockeyroos, at the 2014 Commonwealth Games being held in Glasgow, Scotland. She took the picture after the Hockeyroos dominant 4-0 performance over Malaysia.

Taylor’s teammate Anna Flannagan also took a selfie of the moment from a different angle.

Image via Michael Gwyther-Jones/Flickr (CC BY 2.0)