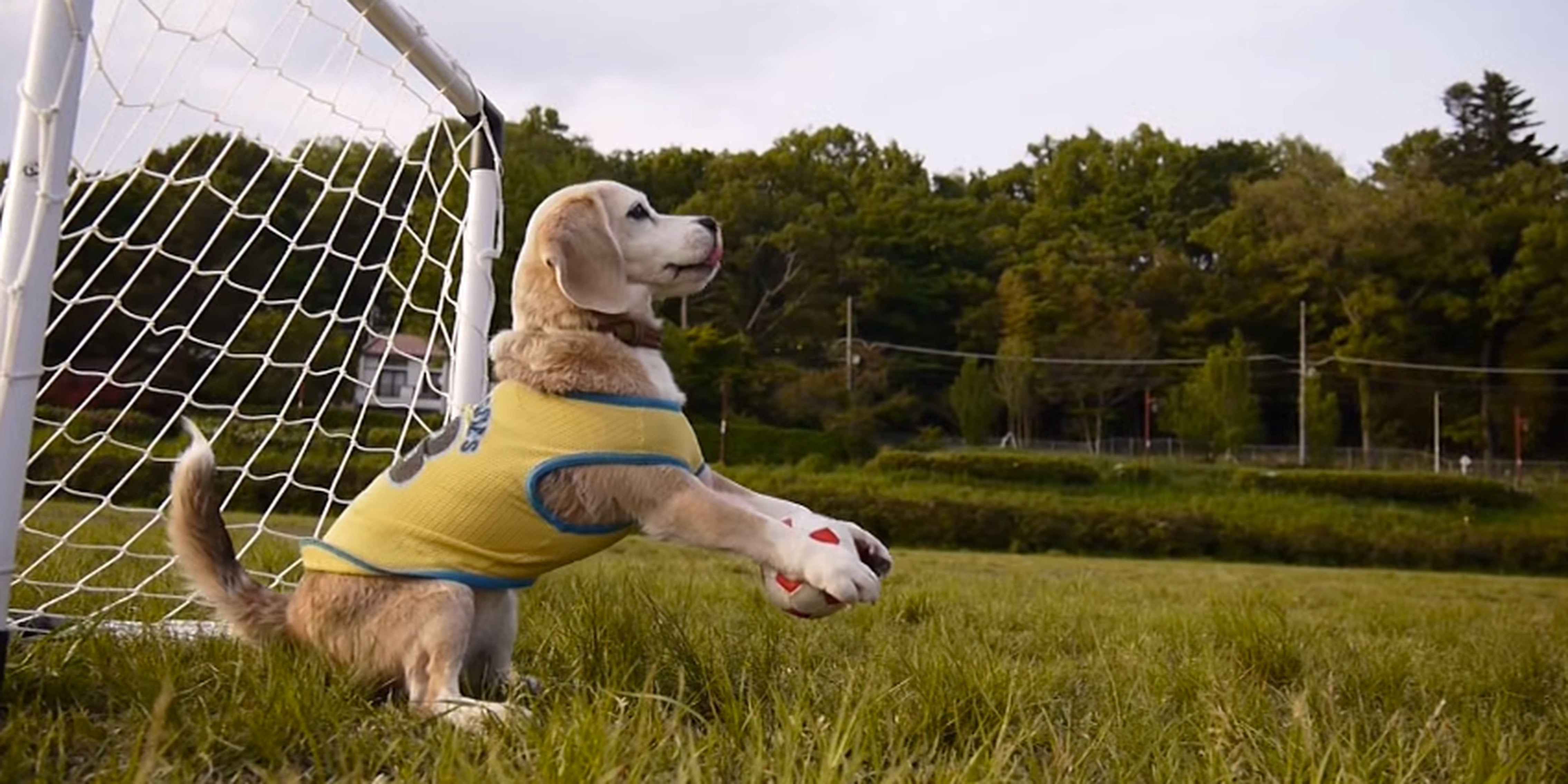 Let's just give the World Cup to the dogs.

Purin the Super Beagle is ready for anything—even the world’s biggest soccer tournament.

The famous Japanese dog has plenty of tricks under her fur and could perform more than 70 tricks back in 2011. One of them includes showing off enough soccer skills to give Air Bud a run for his money.

She can kick the ball into the net, catch it, and even starts showing off the other team once she starts walking on her front legs.

The U.S. doesn’t have much of a chance in the World Cup, so let’s just give it to the dogs. Luckily for us, Animal Planet’s now hosting the World Pup to see which country’s dogs can win it all and the Houston Dynamo even curated their own puppy version of the Italy vs. England game.