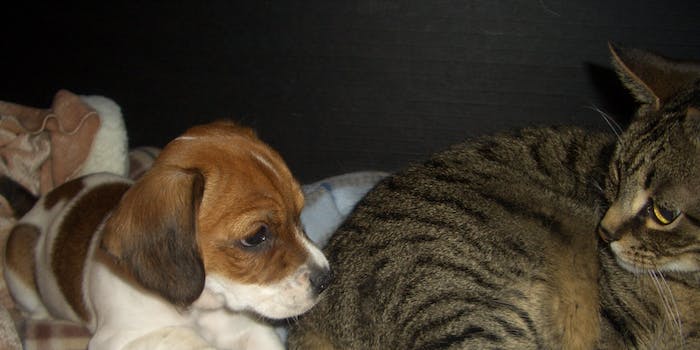 This cohabitation isn't off to a great start.

The uneasy global truce of cats and dogs living together took a minor hit recently when an excitable puppy met a cat that couldn’t care less about him.

Thor the puppy is only trying to be nice to Simba, but the cat—which may have already gone through this sort of introduction with the other dog in the video—is having none of it. Thor is friendly and alert, and he only wants to be friends, but Simba wants to be left alone to do his thing.

Photo via Laurel LaFlamme/Flickr (CC BY 2.0)