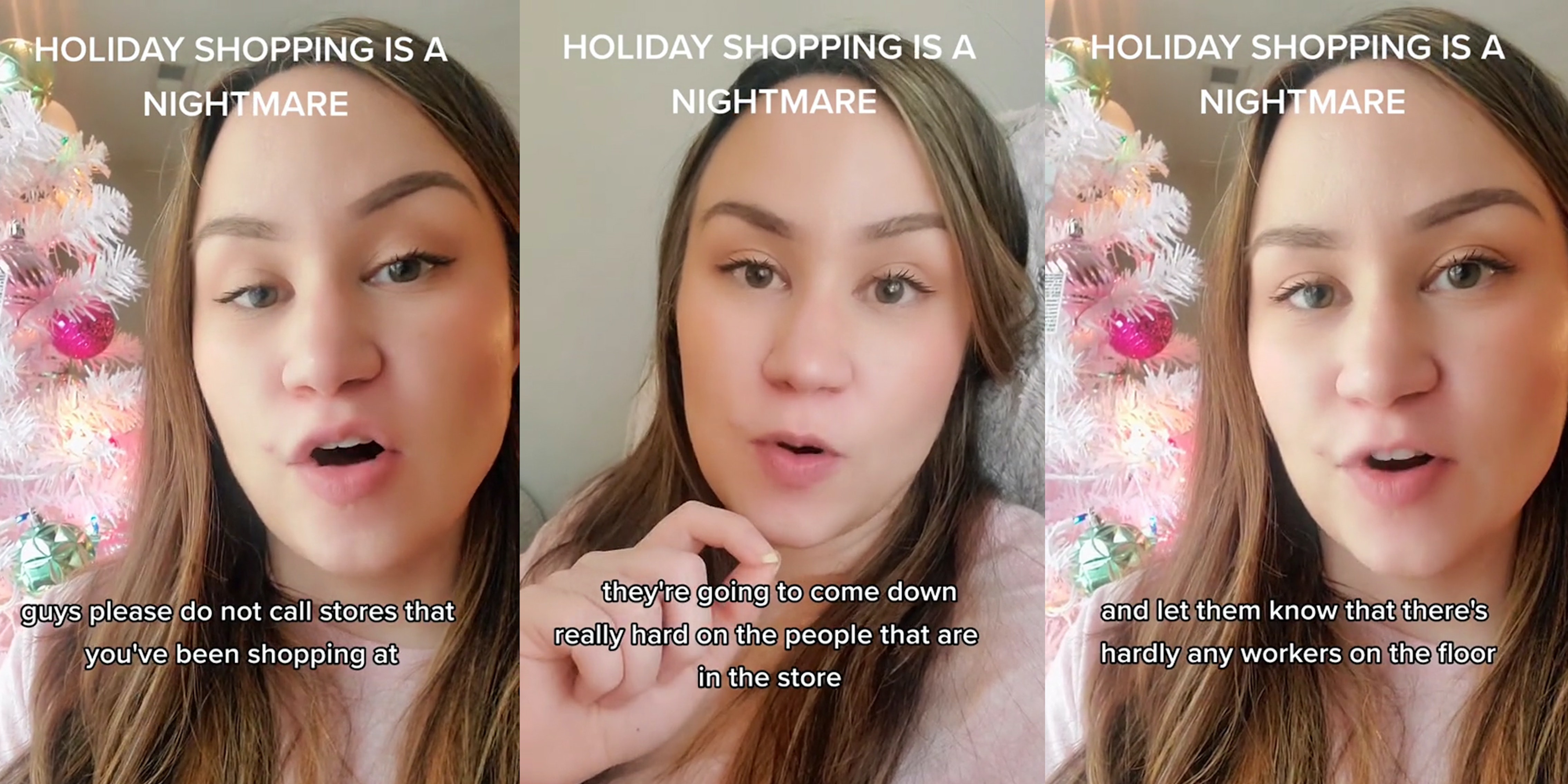 ‘Do not tattle on store staff’: TikToker shares PSA for holiday shoppers concerned about understaffing

'If you don't want to deal with that, shop online and stay home.'

A TikToker tells holiday shoppers the dos and don’ts of reporting messy or understaffed stores to corporate in a now-viral video.

In the clip posted by user Amber Lord (@lifeandworkbutbetter) on Nov. 28, she asks customers to avoid tattling on stores for having “hardly any workers on the floor” and “1,000,000 pallets and boxes and things that need to be put away.”

Lord continues that corporate will “come down really hard on the people in the store” instead of addressing issues like understaffing, low wages, and “too much product.”

“If you must call corporate and complain to them, I would tell them that, ‘I can tell that they have a staffing issue because the people look overworked, burnt out… and I can recognize that,'” she suggests in the clip. “I would keep the blame off of the people in the store. I would let them know that they were friendly, and they were busting their butts, but that you’ve noticed that lately there’s a lot less people working there.”

The video has amassed over 196,000 views as of Wednesday, with retail workers sharing their experiences with holiday understaffing in the comments.

“Yep. Had this happen at work. I work at a phone store, and we’re really understaffed. Each interaction takes a long time, we can’t rush through it,” a commenter said.

“Truth! I worked in a clothing retail store as a manager, and the district mgr did this to me bc of a complaint on Black Friday the line was too long,” another wrote.

“I got a write-up recently that included being told ‘we don’t tell them we’re understaffed. We’re never understaffed,'” a third shared.

According to data from the U.S. Chamber of Commerce, “labor force participation is at 62.3%,” down from the pre-pandemic rate of 63.3%. During the holidays, an increase in shoppers adds additional pressure to many workers who are already spread thin.

While many workers appreciated Lord’s suggestion, others asked customers not to “call at all.”

“Don’t call at all. Be patient with new employees too. If you don’t want to deal with that, shop online and stay home,” one user wrote.

“Don’t call at all cuz the results will still be the same 40yrs retail worker,” another said.

The Daily Dot reached out to Lord via email.