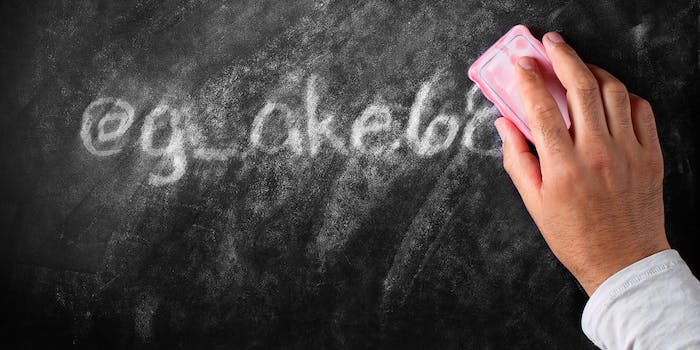 Well, lecture is going to be awkward for the rest of the semester.

The standard rule for Twitter is “never tweet,” but if you do, you probably shouldn’t subtweet your college professor, especially if you both use the social media platform.

A student going by Garrett Ake found that out the hard way after he took to Twitter on Tuesday to complain about his genetics professor. Ake didn’t tag the professor but used a homophobic slur to describe him.

It just happened that Ake followed his genetics professor, Dr. Eric Mendenhall. The University of Alabama at Huntsville professor he subtweeted saw the tweet in question when he posted it. Using a screenshot, Mendenhall condemned the language and told Ake that it “has no bearing on my ability to teach you genetics.”

Mendenhall’s tweet went viral as people praised him for the own as well as the restraint when responding to the language in his student’s tweet. As he told those in his mentions, most of his students have been wonderful.

.@e__mendenhall I admire the degree of optimism and tolerance of irony required for you to try to teach @g_ake68 genetics.

No word yet on how the next lecture will go, but Mendenhall promises it won’t have any bearing on his grades.