At what point does Robert Downey Jr. become his own meme? The 47-year-old Avengers superstar has already become virtually synonymous with “Internet-approved.” But if nothing says “pinnacle of success” like an instant meme slashing you with the Prince of Great Britain, then today is the day RDJ has finally arrived. 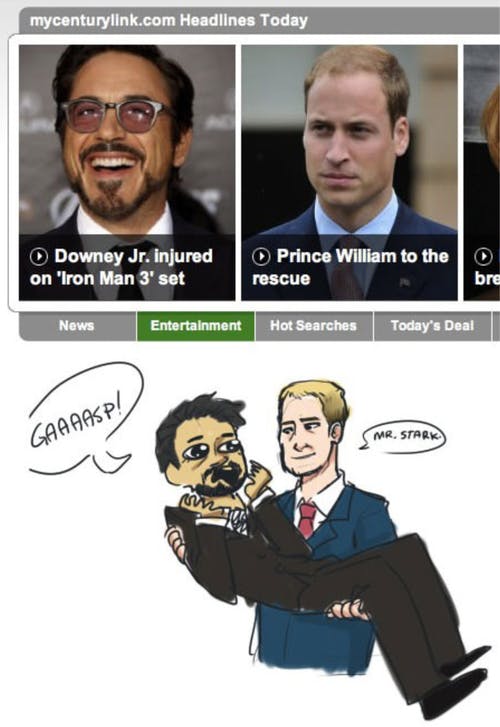 The author of this meme isn’t known, but the punch line is simple:

(We’re pretty sure fanart in which the dishy heir to the British throne rescues Iron Man transcends math.)

This isn’t the first time Tumblr and its ilk have produced fanart based on meme-worthy images from the Internet, but it could be the first time royalty has been involved. RDJ, after all, has a lot more experience being the subject of fanart: 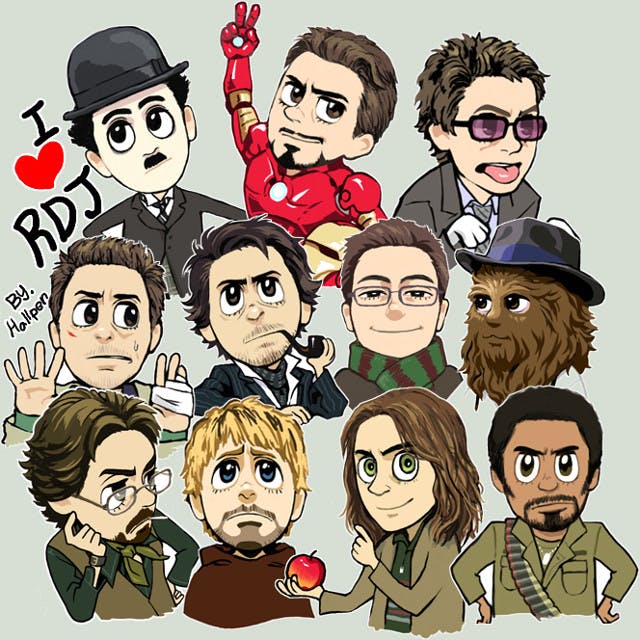 So will this spawn a whole slashy meme series of RDJ saved by royalty? We hope so. But we’ll also settle for more hilarious headline fanart.

Artists of the interwebs, go to work!