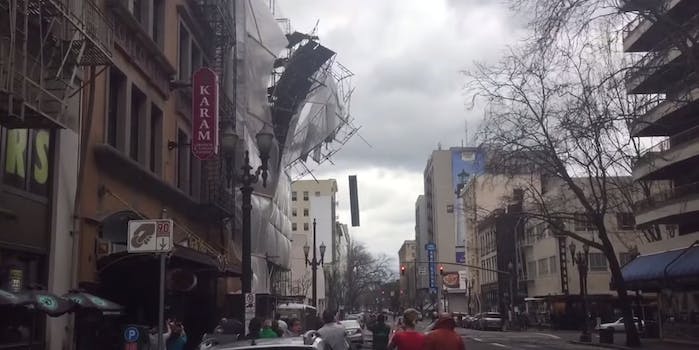 Winter, you have gone too far.

In some American cities, it feels like this winter will never end. If this video is anything to go by, Portland, Ore., is definitely on that list.

In the space of 30 seconds, this busy Portland street goes from business as usual to a scene from a disaster movie. Pedestrians look on as the wind buffets against some loose scaffolding, which eventually detaches from the building and collapses in broad daylight.

Here’s the collapse from another angle:

Local reports say no one was injured, and hopefully this was just a freak accident. But with Portland experiencing unusually high winds, we wouldn’t blame locals for worrying about more weather-related accidents.