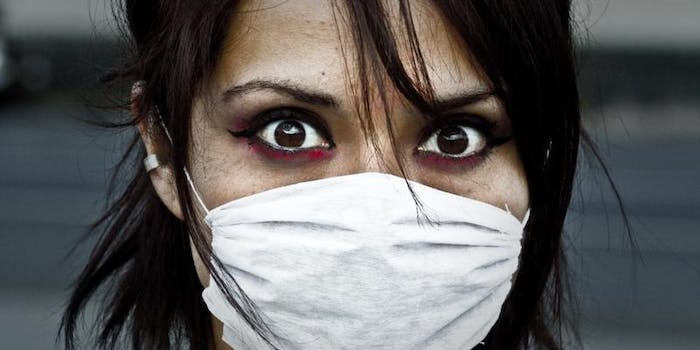 We need to stop calling pornography an ‘epidemic’

Pornography isn't the problem. The way we deal with it is.

Last week, activists at the Coalition to End Sexual Exploitation summit declared pornography to be a “public health crisis” and “untreated pandemic.”

As a sex educator with a graduate degree in public health, I get a little twitchy when things like pornography are labeled epidemics. The definition of “epidemic” provided by Friis & Sellers in Epidemiology for Public Health Practice is as follows: “(an) occurrence of a disease clearly in excess of normal expectancy.” Thus, to say there is a “pornography epidemic” is to place adult films in the same category as influenza, SARS, and HIV.

Pornography is not a disease. It is, however, a scapegoat for the consequences of certain societal phenomena that result in negative sexual health outcomes. As a public health professional, I believe that sexual shame and stigma, institutionalized misogyny, and inadequate sexual health education are far greater barriers to healthy sexuality than pornography itself.

The pornography epidemic is not a public health crisis, it’s a moral panic. As Charles Krinsky describes in his research companion on the subject, the moral panic is “an episode, often triggered by alarming media stories and reinforced by reactive laws and public policy, of exaggerated or misdirected public concern, anxiety, fear, or anger over a perceived threat to social order.” The belief that pornography consumption inevitably leads to antisocial behavior is akin to fears that video games leads to real-life violence—the evidence simply isn’t there.

Particularly, the concept of “pornography addiction” as a disease that must be treated is highly profitable, but it has no scientific basis. It comes as no surprise that “pornography addiction” is self-reported in far greater numbers by people who are highly religious than those who are not, in spite of comparable rates of consumption. It is critical that we not confuse subjective moral issues with legitimate health concerns.

How much harm is actually caused by the labor of performing sex on-screen, compared to the socially condoned shaming of adult performers that recently led a young woman to commit suicide?

There is one point upon which I agree with anti-pornography activists: pornography should not serve as the primary source of sexual information and education for young people who watch it. While enjoying pornography can be a healthy form of sexual expression, it is a fantasy that doesn’t accurately reflect the realities of sex. It should only be consumed in addition to, and not in place of, a strong foundation of comprehensive sex education.

Furthermore, sex education cannot merely consist of instructions for preventing pregnancy and STIs. Adolescents need to learn that both solo and partner sex can be a source of pleasure and intimate connection with themselves and others. If we want young people to develop into healthy sexual citizens, we must adopt a holistic approach that teaches the importance of consent, communication skills, self-knowledge, and emotional intelligence related to sexuality. Pornography can only become a stand-in for sex education when there is a lack of adequate sex education to begin with.

Labeling pornography as an epidemic sensationalizes the issue—thereby inhibiting rational, balanced discussions of what really could be done to promote sexual health in our society. The answer is not to eradicate pornography, as criminalization would only serve to endanger performers.