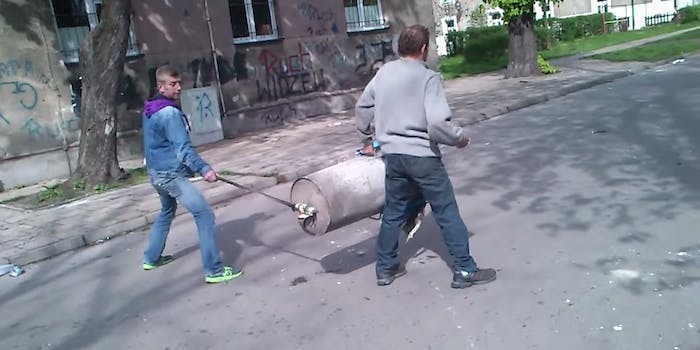 Your traditions will likely fizzle by comparison.

This will make most of your Easter celebration seem tame by comparison.

While the rest of us were dying eggs and eating chocolate bunnies, some people in Poland were busy setting off homemade carbide cannons in what’s becoming a disappearing tradition.

Sure, this looks like as good excuse as any to just blow stuff up, but according to commenters, the explosion is rooted in religion. It’s a local tradition that takes place over Easter weekend, meant to commemorate the “Exodus of Jesus from the grave.” The explosion itself symbolizes the sound of opening Jesus’s tomb. The most shocking thing is that we didn’t think to do this here in ‘Murcia. Maybe next year?