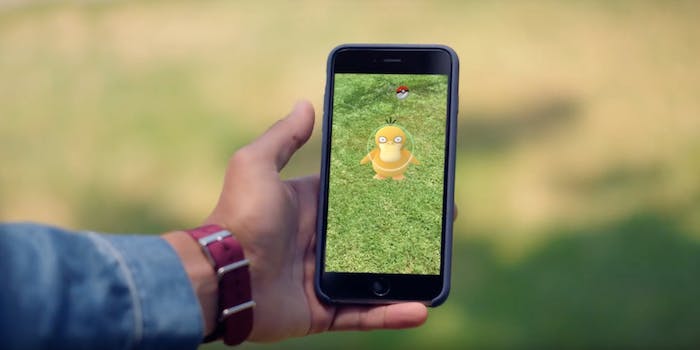 It better have been over a f*cking Mewtwo.

On Thursday, State Department spokesman John Kirby was at the podium giving a press briefing about the efforts to fight the terrorist group. But during his statement, Kirby did a double take because he realized one of the reporters was playing none other than Pokémon Go.

CNN caught the moment on video when Kirby said, “You’re playing the Pokemon thing right there, aren’t you?”

The reporter responded, “I’m just keeping an eye on it.” Hey, at least he’s honest! Kirby followed up asking if he ended up nabbing the pocket monster.

Pretty embarrassing stuff, even if it was over a Mewtwo.