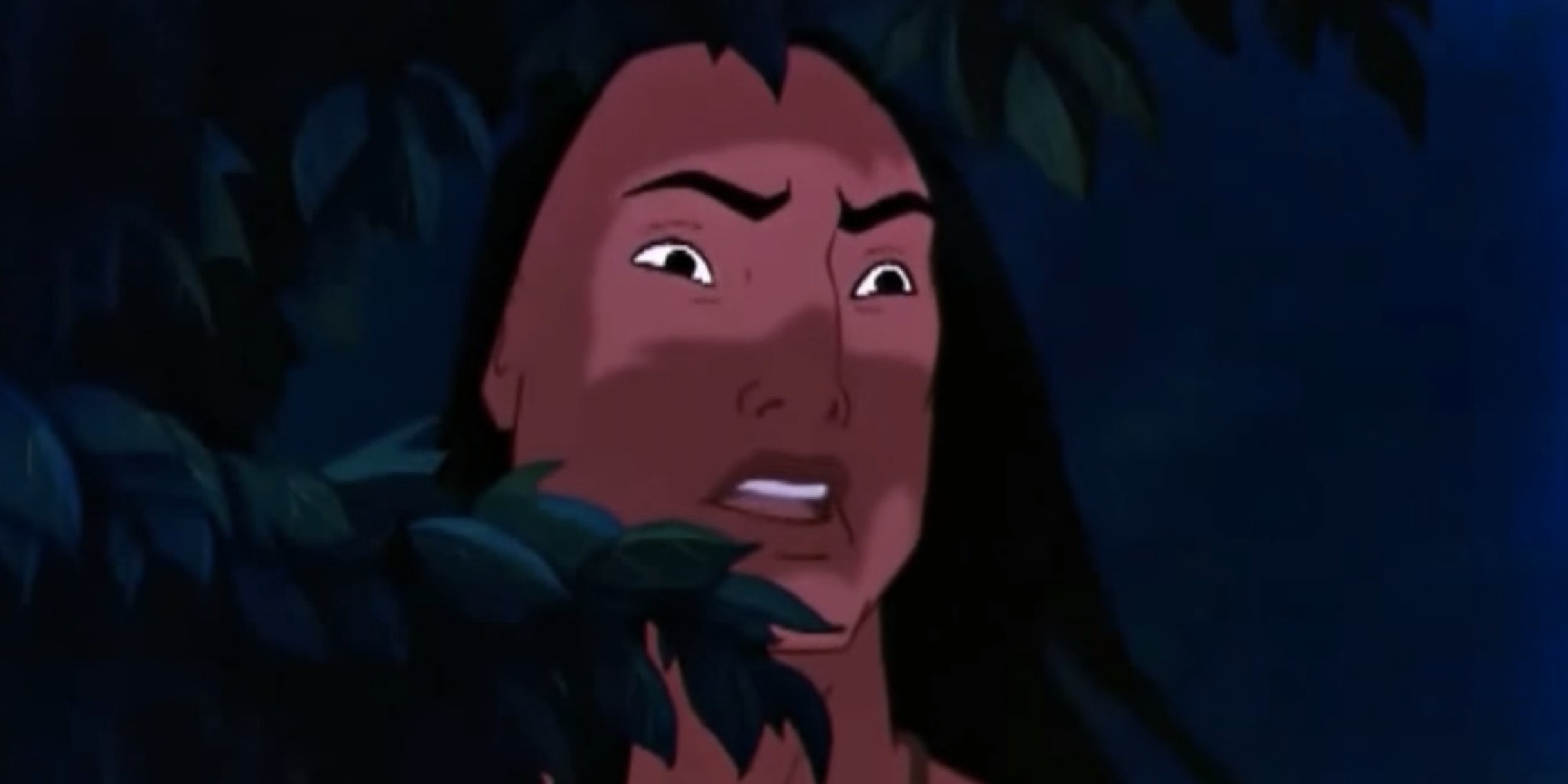 Kocoum from ‘Pocahontas’ has taken over the Internet

And the remixes are amazing.

Disney‘s Pocahontas is one of the most revered animated classics of all time, bringing us the love story between the tribe chief’s daughter named Pocahontas and an English settler named John Smith; the iconic ballad performed by high school choirs across the nation, “Colors Of the Wind“; and now Imgur‘s biggest meme: Kocoum.

For those of you who haven’t watched the 1995 film since before the beginning of the 21st century, Kocoum is the Native American who was supposed to marry Pocahontas and become the next Powhatan Chief. That of course doesn’t pan out. But his outrage upon seeing his bae and and her new lover smooching, subsequently throwing up his arms and tackling John, has become a shining moment. The Internet has been using his fit for MRW (my reaction when) posts.

“You can never predict [what] the Internet is gonna jump on,” Sarah Schaaf, Director of Community at Imgur, tells the Daily Dot. “But I think there’s a resurgence of Disney nostalgia in general, we see reimagined princesses and lots of memes of the whole Disney takeover of Stars Wars.”

Kocoum’s return to relevancy happened last Thursday with ruinedeye‘s post, which has garnered more than one million views.

MRW I remember that I’m allergic to leaves

Granted, there were two Kocoum posts on Imgur before ruinedeye’s, one eight months ago and the other 11 months ago. Neither of those spurred the avalanche of Kocoum insanity like the one about being allergic to foliage. But the bulk of the most popular submissions have been hilarious and creative remixes of the original GIF.

MRW my boss “asks” me to come in tomorrow.

MRW I encounter a Zubat

MRW I forgot to take the pizza out of the oven

“Using the reaction GIF that’s so literal has sparked this creative juice in the Imgur community,” Schaaf says. “We have these amazing GIF creators. It’s cool to see the GIF used in the regular sense but also adding all these layers and cropping him out and putting him in a new situation.”

This isn’t the first time that one GIF has sparked the inspiration of the masses on the interwebz. Late in 2014 came the Javert meme from Les Mis which received a similar treatment to Kocoum.

When I am too old to play in the ball pit

And Javert has even become a little jealous of Kocoum’s newfound fame.

MRW the gif from Pocahontas is becoming a thing

“I think it’s cool that people realize these trends happen and they come up with ways to relate them to one another. I love the idea of giving a throwback to Javert who was the most recent one before this,” Schaaf says.

And while Kocoum might be the freshest of these reaction GIFs that have become larger phenomenons, we can only wait to see what’s next on the carousel of what the Internet’s wacky creations once Kocoum fades back into the leaves.

Kocoum might not have gotten the girl in the end, but at least he’s getting some love now—even if it’s 20 years later.