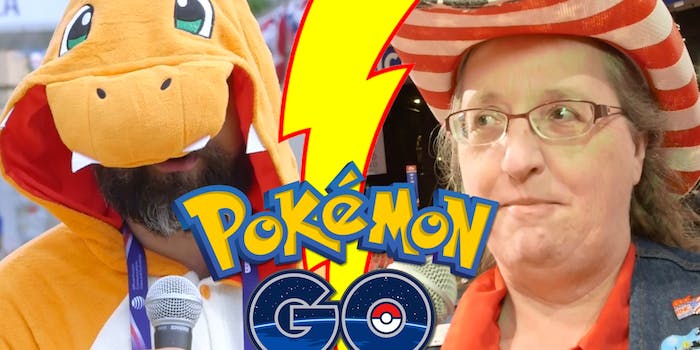 We played Pokémon Go with delegates at the RNC

Of patriots and Pidgeys.

Of the countless controversial statements uttered during the Republican National Convention in Cleveland this week, none threatened to tear this nation apart as viciously as a comment from Utah Sen. Mike Lee.

“I can’t for the life of me figure out what is fun about Pokémon Go,” Lee sneered, visibly reddening with rage about the augmented reality game.

Well, for an answer to that question (?), we broke our best Charmander costume out of mothballs and started asking the delegates in Lee’s own party how their Pokétraining was going. Answer: patriotically.

Guess it’s true what Obama said—this country is not as divided as it seems. Because while we may fight constantly over whether Team Mystic is better than Team Valor, we can all agree that Team Instinct sucks.