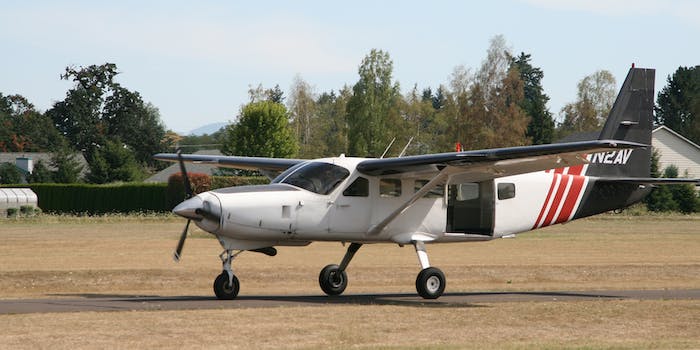 It's a lucky thing all the passengers had planned to jump out of the planes anyway.

Nine skydivers and their two pilots made it back to Earth without serious injury after one plane crashed into the other mid-air in Wisconsin on Saturday.

The planes were 12,000 feet in the air when the skydivers attempted to pull a maneuver called a tracking dive, which has one plane following the other.

Four of the skydivers were prepared to jump when the first plane collided into the other below them.

“We were just a few seconds away from having a normal skydive when the trail plane came over the top of the lead aircraft and came down on top of it,” Skydive Superior safety advisor Mike Robinson, who was on the first plane, told USA Today. “It turned into a big flash fireball and the wing separated.

The harrowing jump was captured on five different helmet cameras as some of the skydivers were flung out of the plane and others jumped to escape the flames.

The footage, shown on Monday’s NBC Nightly News, has since been uploaded to YouTube and seen almost a quarter million times.

The FAA is still unsure what caused the collision. In an interview this morning on Today, every single skydiver said that they would jump out of a plane again.