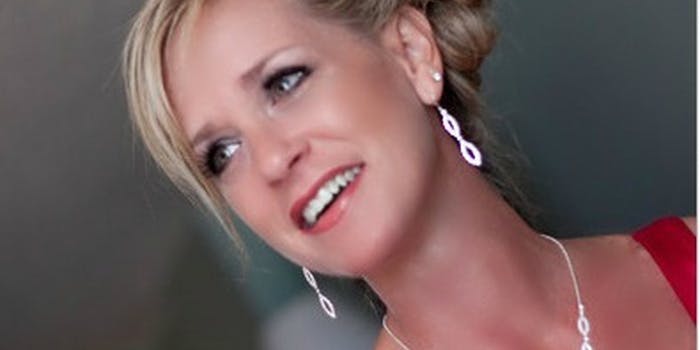 Pinterest is often recommended for entrepreneurs looking to grow their small businesses.

DiFilippo-Espinoza hand-makes all the jewelry she sells for her label, Minali. Her business is less than a year old, so the Floridian spends a lot of time on Facebook, Twitter, and Pinterest checking in and promoting her work. One day while doing a search for “Minali” on Pinterest, however, she noticed somebody else posting her own images—and claiming to be her.

“I got this great wall of pins of my picture and my name all leading to spam,” DiFilippo-Espinoza told the Daily Dot.

“Some had trojan viruses attached—if it weren’t for Norton, I might have one, too. It would be OK if people were just pinning my stuff, but for them to use my name and my image, it just really hurt me on the Internet, because then people thought I was a spammer.”

DiFilippo-Espinoza immediately took action. She posted comments on the pins warning potential customers that they led to viruses instead of her jewelry shop. She compiled a list of about 50 infringing pins and sent it to Pinterest several times every day.

“These images need to be removed immediately as it is infringing on my copyright and intellectual property and hurting my business,” she wrote to Pinterest Support. “I have been reporting these pins for the past five days, one even has a trojan attached.”

It took Pinterest 10 days to take any action, however. And in that time, DiFilippo-Espinoza’s reputation was severely damaged.

“People thought I was not a legitimate business,” she said. “I lost sales because of it and had to rebuild and regain trust in the Internet community.”

DiFilippo-Espinoza said she was unaware of the complaint form, and would have used it had she known.

“They [Pinterest] don’t tell you that [there is one],” she said. “You wouldn’t really know unless you looked all over Pinterest for it.”

Moving forward, DiFilippo-Espinoza now watermarks all her images to make them more difficult for spammers to claim. She said it’s inevitable that spammers will return and all she can do is stay vigilant. She’s become one of Pin Watch’s most active spam reporters.

“I think they target smaller obscure businesses,” she said. “I’ve got my eyes peeled now. If it happens again, I’ll get Pinterest to resolve it more quickly. And if they don’t, I’ll get an attorney.”