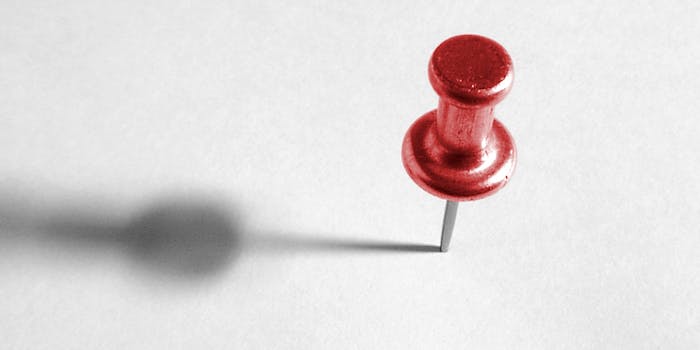 Pinterest celebrated a big win over cybersquatters Monday when a California judge awarded the online window-shopping wishlist site $7.2 million. The case was fought against a man who’d used similarly titled URLs to direct individuals towards spammy ads for online casinos.

Qian Jian, a “serial cybersquatter,” according to court documents, had spent much of the past two years purchasing and operating upwards of 100 domains like Pinterost.com and Pinterests.com, sites that would lead wayward travelers towards online casino sites designed to bring Jian money. The sites would feed off individuals who mistyped Pinterest.com into their Web browsers.

Pinterest actually sought $12 million in the lawsuit, filed by the company more than one year ago, but a district court judge in San Francisco chose to only award the California company $7.2 million. In addition, the judge ruled that all domains Jian had owned will have to be redirected to Pinterest from here on out.

The settlement’s currently something that could be labeled as a moral victory; Jian’s been MIA on this case for a while, and it’s not quite clear how exactly the company plans to recoup $7.2 million from the man. Still, speaking shortly after the settlement had been reached, a spokesperson for Pinterest seemed excited.

“This is a good outcome for the people who use Pinterest,” the spokesperson said. “We’ll continue to work to protect pincers and our trademarks.”