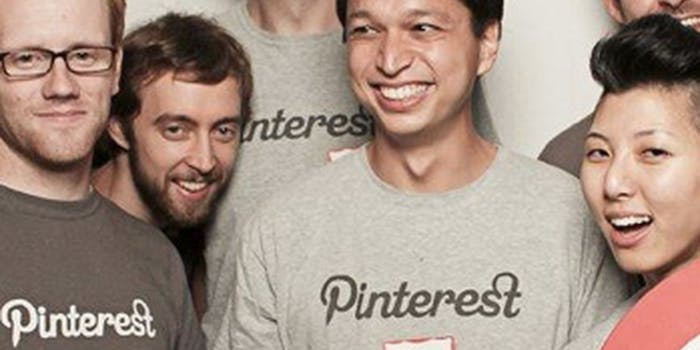 At his South by Southwest discussion, the Pinterest cofounder hinted an upcoming update to user profiles, the release of its API, and enchanced video-pinning capabilities.

Pinterest users have a lot of questions about the booming image-sharing network. How do I get an invitation? If I have technical trouble, how do I get help? And is this platform even legal?

At Ben Silbermann’s highly anticipated South by Southwest Interactive panel, none of those questions were answered. He’s still too bowled over by Pinterest’s Cinderella story to think about the future yet. Instead, the humble cofounder reiterated Pinterest’s rise to success on his own terms.

Speaking to a packed ballroom that seats hundreds, Silbermann’s speech began the same way as his Alt Summit presentation, mentioning his childhood as the son of two doctors and his brief stint as a Google employee before founding Pinterest.

Focusing on Pinterest’s unlikely success, Silbermann shared that at first the social network was a flop. Nine months in, he said, the service still had just 10,000 users—and those users didn’t even visit Pinterest all that often.

“I didn’t quit only because it would have been embarrassing,” he said.

Today it’s obvious that Silbermann eventually persevered. Pinterest receives between 11 and 16 million unique visitors a month, a fact he’s still reeling from. More importantly, studies show that Pinterest is better at keeping users on the site than many of its competitors. However, that isn’t Silbermann’s goal at all.

That’s just one of the ways Silbermann is running Pinterest differently than any other social network.

Here’s another: He’s not concerned with competition or speed, but with beauty. People who live tweeted the speech noted that the cofounder said “beautiful” more than any other word, roughly 20 times according to @MShahab

“[M]ost of our focus is not on racing against clones,” Silbermann said. “It’s trying to make sure that what we release is really high quality and really beautiful.”

Perhaps that’s why Pinterest is still getting on its feet. It has yet to find a monetization strategy, and Tuesday Silbermann reiterated his January statement: “Affiliate links are not part of our long term business plan.”

Silbermann shared that Pinterest also has a few other projects in the works. The social network is hoping to release its API soon, the lack of which has kept Klout from measuring Pinterest influence. He’s said the video-pinning feature, released in August 2011, will soon expand to allow users to pin Netflix and Vimeo videos, too. Silbermann also hinted Pinterest user profiles would be updated as soon as next week.

The Pinterest panel concluded before audience members had a chance to ask their own questions about Pinterest. However, Silbermann stressed that in order to make Pinterest the most “beautiful” site possible, his focus would always be on its userbase.

“We want to cater to the people who use the service really well, and we want to make the service seem really good for them,” he said.

Here are a few other key highlights from the session.

“I wanted to create a service that was a little bit timeless. If something’s your favorite book, it’s no less your favorite book five years from now or ten years from now. It can still say something about who you were then and who you want other people to know you as. But at the time, all the services were totally relevant. Twitter was the buzz. You never see a tweet older than 48 hours, unless it’s ironic. Pinterest has a timelessness that I really love, and I think boards are a part of that idea.”

“Clones have always happened. The difference now is that they happen faster and faster. We think about it in two ways. What makes Pinterest special isn’t the icon, the CSS, the javascript, and the database; it’s the people inside of it. Peel away all the pins and you have this scaffolding that’s totally empty. We want to cater to the people who use the service really well, and we want to make the service seem really good for them. The way we tend to think about competition in general is that we want to make Pinterest the best that we can. We’ll have to internationalize the site. A lot of internationals are using the site already, because it’s a very visual site. But most of our focus is not on racing against clones. It’s trying to make sure that what we release is really high quality and really beautiful.”

“We’re redesigning the profile on Pinterest. It should go up pretty soon, hopefully next week. There were two things we wanted to do with the profile: we wanted to make it more beautiful, which probably sounds generic, but we wanted to make your profile very different in kind from the profile that you’d have on Facebook or Twitter. We wanted it to be this snapshot of what you’re about.

“We also wanted to make it easier to discover people. We’re going to introduce this idea where we show you who people you pin from follow, so you can go from person to person. A lot of the connections people have on Pinterest are their friends from Facebook, but a lot of them are also people that they’re not connected to in any other social network. We’re expanding the number of things that you can pin. We’re expanding to video, like Vimeo, Hulu, and Netflix. We’re also making it so that attribution is easier and easier as part of that process.”

“Pinterest itself has been a huge beneficiary of API platforms, so I guess it was right to eventually find a way to open our API out. What I think is cool is that the data structure is different on Pinterest than it is on any other networks. It’s not just you and who your friends are. It’s you and these collections of these things that you’re passionate about and how those are connected to other people who share those passions.”

On the importance of personnel

“The team that you put together ends up reflecting on the product you build on the back. If you want to build a super technical data product, or you want to build Dropbox, you’d need to have a super strong engineering team. I always tell people that interview with Pinterest that I think engineering is incredibly important, but they’re like chefs at a restaurant. No one’s going to deny that they’re really important, but there are all these other people that are integral to making a great meal. That’s different from the culture at Google, but we’re building a product that depends on people.”

“That’s an ongoing challenge. A lot of social science and political science has really well developed thinking about how social groups form and how social groups propagate. Translating that something is really difficult to develop. One of the things that makes it difficult for Pinterest is [that] Facebook is basically governed by the social norms that people have between individuals. Pinterest is a funny hybrid, and one you’re seeing more and more. You’re connected to your friends, but you’re also connected with people that you’ve never met before.”