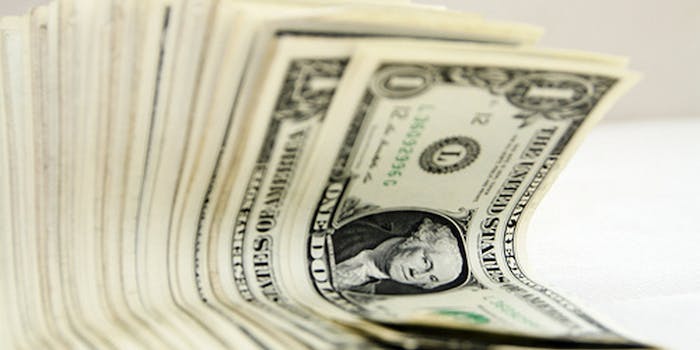 Pinterest is now valued at $1.5 billion after a deal in which the social network raised $100 million from investors Wednesday.

While the number may seem like an astronomical estimate for the two-year-old image sharing community, it is not unprecedented.

In 2006, Facebook was valued at $1 billion after Mark Zuckerberg turned down Yahoo’s offer for the same amount just two years after the social network’s launch.

In 2009, Twitter was valued at $1 billion during a funding round only three years after its launch.

Pinterest’s traffic has been compared to that of both Facebook and Twitter, ranking it the third largest social network in the world. It makes sense that its value would rise at a similar pace.

The Wednesday financing round was led by Japanese e-commerce site Rakutan Inc., along with several of Pinterest’s existing venture capitalists, the Wall Street Journal reported.

Pinterest’s inclusion of a Japanese company is astute—while there are hundreds of foreign Pinterest clones, Japan has yet to make one.

If Pinterest hadn’t invited Rakutan to invest, the Japanese company might have gone the way of Alibaba, China’s largest e-commerce company, which simply made its own competing Pinterest network.

A friend in Japan might aid Pinterest’s current goal of global expansion. But with all this money, perhaps the social network can afford to pay the translation volunteers it’s currently recruiting.