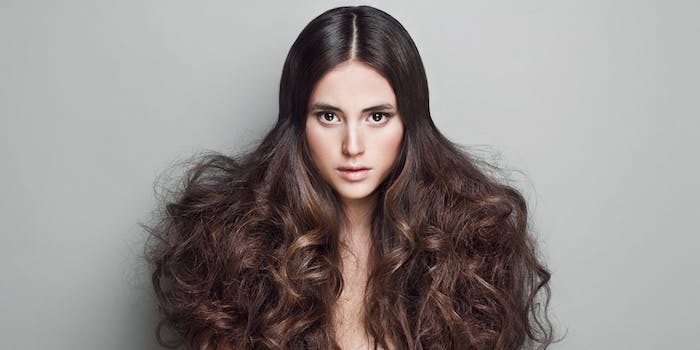 “This is slapping a band aid over the problem and blaming the artists for a cultural problem."

A proposed bill would require the Federal Trade Commission to regulate advertisers’ use of image alteration, as well as create and maintain what would essentially be a Congressional Photoshop report.

No doubt the aims are righteous. Evidence exists that the ubiquity of highly retouched imagery can have a pernicious effect on young girls’ self-image. However, it’s precisely this ubiquity which makes a bill like this an untenable attack on free speech.

The bill attempts to specify the kinds of Photoshop it wants to regulate, only applying the regulations to image alterations which “materially change the physical characteristics of the faces and bodies of the individuals depicted.” However, this is obviously an impossible-to-enforce, entirely subjective value judgment.

What we’ve seen with such overly broad legislation in other industries is selective enforcement. As Laurie Rice pointed out, it’s most likely that “enforcement or non-enforcement will be traded as political favor between members of the FTC and leaders of more powerful advertising companies to crowd out competition from smaller companies—the very companies that might have otherwise offered alternative media with a more positive message for young women.”

In “On Pornography: Lessons From Enforcement,” Nadine Strossen warned against using censorship to achieve feminist aims.

“The pro-censorship feminists cannot have it both ways,” Strossen argued. “If, as they contend, governmental power is inevitably used to the particular disadvantage of relatively disempowered groups, such as women, it follows that women’s rights advocates should oppose measures that augment that power, including Dworkin/MacKinnon-type laws.”

Even if the law were enforced evenly across the board, it puts undue strain on artists who attempt to sell their work. No one wants or needs a struggling photographer to disclose to the federal government exactly how their images were made.

Think that wouldn’t happen? Think again. Carolyn Davis and her son began a moving business after he lost his job in construction. Before long, armed police officers stormed the home of these menaces to society and impounded their vehicle for the crime of advertising and moving people without a license.

Molly Van Roekel put it eloquently: “This is slapping a band aid over the problem and blaming the artists for a cultural problem.”

In a petition supporting the proposed legislation, activist Seth Matlins claims that altered images of perfect models have a negative impact on girls’ satisfaction with their own appearance.

These ads are weapons of mass perfection and their casualties are stark. 53 percent of 13-year-old girls are unhappy with their bodies; by the time they are 17, 78 percent will be. In fact, the 3 most common mental health issues amongst girls—eating disorders, depression, and low self-esteem—can be linked to the images they see of themselves in the media.

This may or may not be true, but there are other, cooperative ways to combat the problem. Parents and educators can challenge the message girls get everywhere from Disney princesses to romantic comedies that their worth lies in their appearance.

Parents and educators should also educate young girls about image alteration. Recognizing that the vast majority of images the public consumes are altered in some way can alleviate girls’ anxiety over not resembling those images.

In addition, the #notbuyingit campaign exists to call out sexism in advertising, and empowers people to stop buying products marketed with sexist messaging.

Luckily, the legislation itself isn’t likely to make any difference. GovTrack gives it a 1 percent chance of being enacted.

The larger problem at play here is that by seeking to ban every kind of speech feminists find distasteful, they discredit a movement with important and worthy goals. Campaigns like this wrongly associate feminists and others concerned about equal opportunity for girls with efforts to curtail speech rights and grow government.

Creating a culture which is less hostile to young ladies’ well-being will require proposals which respect the First Amendment and allow a free and open marketplace of ideas.

This article was originally featured on the author’s blog and C4SS and was reposted with permission. Cathy Reisenwitz is an Editor at Young Voices and a D.C.-based writer and political commentator. She is Editor-in-Chief of Sex and the State and has columns at the Huffington Post and Bitcoin Magazine. Her writing has appeared in Forbes, the Chicago Tribune, VICE Motherboard, Reason magazine, Talking Points Memo and other publications. She has appeared on Fox News and Al Jazeera America.