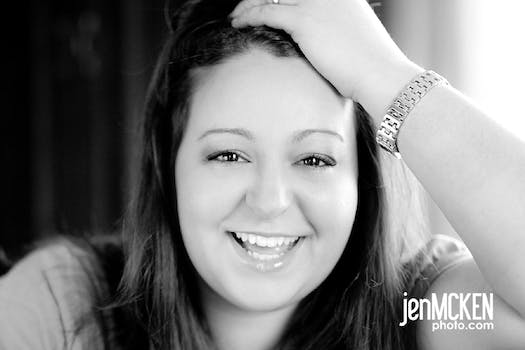 No portraits for you!

Pennsylvania photographer takes a stand against cyberbullying, “If you are ugly on the inside, I’m sorry but I won’t take your photos to make you look pretty on the outside!”

A Pennsylvania photographer decided she was going to take a stand against cyberbullying — even if it cost her business.

Before a shoot, Jen McKen (AKA Jenna McKendrick) was looking up some of her high-school aged photography clients on Facebook. There, she wrote on her blog, she found a page “that’s purpose is to bully, ridicule and say mean and hurtful things about their class mates.”

McKen, who said she was never harshly bullied as a teen, said the comments on the page went far beyond regular name calling.

“It was vicious. It was talking about sexuality,” McKendrick told Channel 6.

Though the page had been created under a pseudonym, some of her photography clients’ appeared to be active participants in the bullying. McKen immediately decided to email the clients and their parents to cancel the shoots.

“I do not want them to represent my business and I am beside myself at how MEAN and CRUEL they were on that page,” she wrote on her Facebook page.

She included screenshots of the clients’ comments in her email so they couldn’t deny their actions. She said she got responses from two of the parents.

“They apologized that their child acted in such a way and that they would deal with the matter,” she wrote.

Now, McKen has a new slogan for her photography business: “If you are ugly on the inside, I’m sorry but I won’t take your photos to make you look pretty on the outside!” She wrote that she expected a lot of backlash for this decision. However, the opposite happened.

“I’ll be honest, I wasn’t prepared for ALL of this, I was prepared for some harsh comments/criticism/feedback but not THIS kind of response,” she wrote in her followup post.

“Kudos to you for making the ethical (if not profitable) choice. Bravo!! :-),” said one commenter. “I wish there was someone like you around, when I was in high school (also elementary and middle school). I was tormented to no end. Hopefully, you doing what you did, can stop other teens from going through what I did,” said another.

McKen did not respond to the Daily Dot’s calls for comment by press time and wrote that she’s trying to move on from the event.