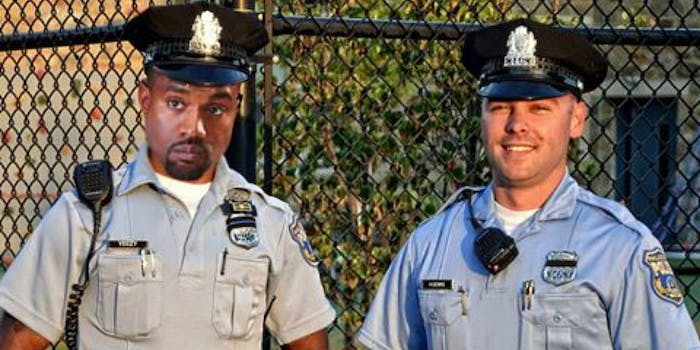 Kanye West has had an interesting month. The rapper and producer released his newest album to much acclaim, but he was lambasted for his reported list of absurd rules for his fashion models.

Luckily, the Philadelphia police department takes its internal mission (to “CREATE a work environment in which we recruit, train, and develop an exceptional team of employees”) quite seriously. Which is why they have graciously offered West a new career choice.

Considering the GoFundMe page set up for West by one of his altruistic fans has only raised about $4,000 of the $53 million he needs, perhaps he should think about suiting up in blue and joining the force.

After all, he already knows the dangers of being a cop.

“When I think about when I’m on the ‘Can’t Tell Me Nothing’ and ‘Coldest Winter’ moment, that mountain [on West’s performing stage] goes really, really high,” he said in 2013. “And if I slipped… you never know. And I think about it. I think about my family, and I’m like, ‘Wow, this is like being a police officer or something, in war or something.'”