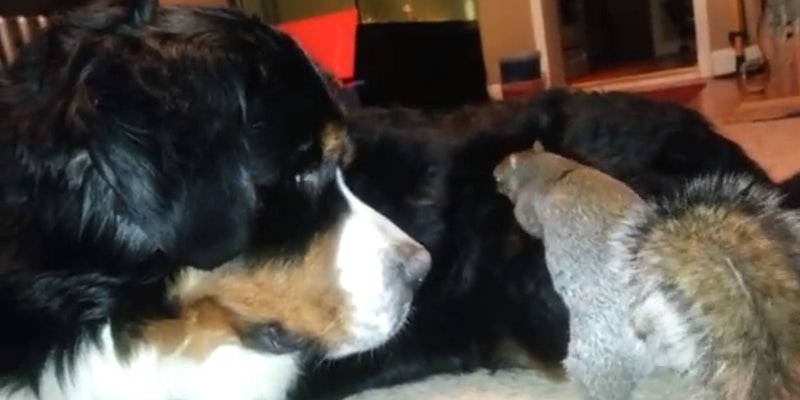 Wally is the pet squirrel you always wanted.

Wally is the pet squirrel you always wanted, and everything he does is ridiculously cute.

Here, he attempts to hide his nut in the fur of a Bernese Mountain dog named Jax. He digs in, covers it up, then seems to light up with surprise when it falls out, as if he just found a new acorn.

The best part has to be the look on Jax’s face. It’s all normal to him. Nothing to see here… just my friend Wally burrowing into me.

Shannon Apple, the YouTuber responsible for the clip, has a whole library of outtakes from Wally’s wonderful life.

Here’s Wally interacting with a broom.

And making a nest out of tissues.

Now he’s eating an almond while sitting on top of Jax.

And hiding a Cheez-It in his fur.

Did I mention the time he almost got stuck in a medicine cup?

Or that he loves Teddy Grahams?

If that’s not enough cuteness for one day, you can go deeper into Apple’s library, where she has several videos of Wally when he’s mere weeks old.