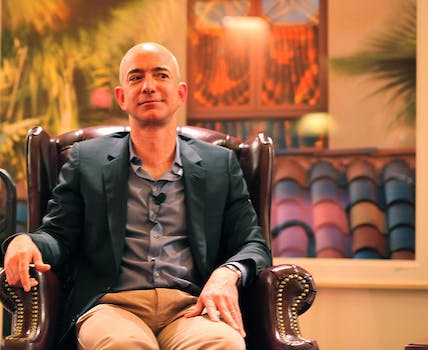 Performance artist gives Amazon CEO a taste of his own spam

Whenever this German artist adds a bookmark to a book on his Kindle, Amazon's Jeff Bezos gets an email.

Aside from a middle school Jazz band concert, can the act of annoyance ever be considered art?

That’s the question posed by a performance artists/prankster whose intent on giving inbox-clogging, data-harvesting corporations exactly what they wish for: information.

The performance is offered up as a snarky rebuke to what Osterhoff sees as the intrusiveness of Amazon’s Whispersync system. The Whispersynce cloud storage system allows the online retailer to track Kindle user data whenever somebody places a bookmark. Osterhoff told Rhizome.org that he configured Whispersync to automatically email his Kindle information directly to Bezos everytime he drops a bookmark in place.

“Not so long ago it was very simple to read a book in private. With the Kindle and Whispersync it is impossible. I am required to surrender my privacy during reading on my Kindle. So sending e-mails about my reading activity directly to the CEO of Amazon was just the next logical step.”

Commenced on Bezos’ birthday, Jan. 12, Osterhoff’s project is available for the world to see. In terms of art, there are plenty of more aesthetically pleasing pieces out there. But his work, is more about making a point regarding data ownership and value.

“Companies like Amazon are interested in exclusive ownership of data, because with this exclusivity comes its value. As a user of such services, one loses not only control but also authorship of the data one generated. To make the data I generate public, is to devalue it. This is why I prefer to share data in an open format.”

This is not Osterhoff’s first attempt to raise awareness of the massive amounts of data that online companies are culling. In an earlier project, he made public an entire year’s worth of his own Google searches. He also marked the fifth anniversary of the iPhone by livestreaming all his personal mobile activity for a year.

But like any piece of performance art, it’s unclear what the real-world impact is intended to be. Not surprisingly, Jeff Bezos did not return The Daily Dot’s request for comment via the email address posted by Osterhoff. Perhaps he’s not a fan of unsolicited emails these days.