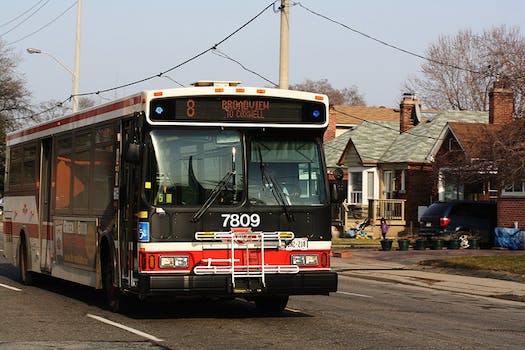 Canadians are bugging out about this dong-shaped bus station map

The human tendency to see faces in objects and hear “hidden messages” in records played backward is so common that it actually has a name: Pareidolia. But there’s no such fancy term for our tendency to identify dicks everywhere.

This latter pastime was what the Toronto Transportation Commission came up against when an image of a suspiciously phallic-looking map in the city’s Downsview bus station made the rounds on Reddit.

“The TTC really wants you to “Ride the Rocket” ;-)” the photographer quipped, referring to a system of subway trains that debuted in 2011. 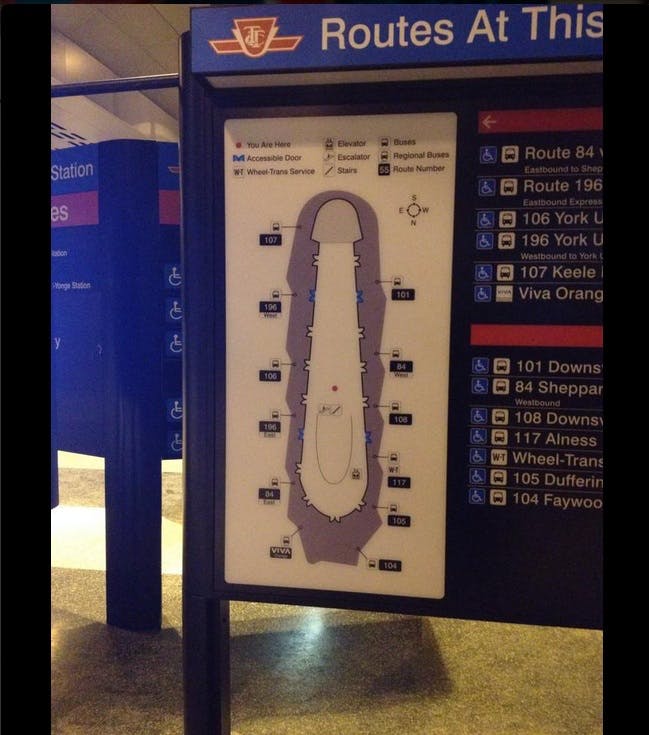 Lack of testicles notwithstanding, the map quickly went viral, with observers noting that the incidental penis appeared to be circumcised and possibly infected with an STD.

Is it just me, or does this newly erected map of Downsview station look like a giant schlong? @TTChelps @TTCnotices pic.twitter.com/C1Kk0HPQHN

so, here is downsview station from space, I can clearly see several ways todays incident could have been avoided. pic.twitter.com/DxsfExquFZ

Because the phallic wonder was too beautiful for this garbage world, the TTC saw fit to remove it.

The #TTC removed this sign at Downsview station this morning. Wonder why? #RideTheRocket pic.twitter.com/O5b2HKnfFW

And just like that, a lot of people’s commutes got a lot less titillating. RIP, Downsview Dick. We hope you’re offending prudes in bus stop heaven now.