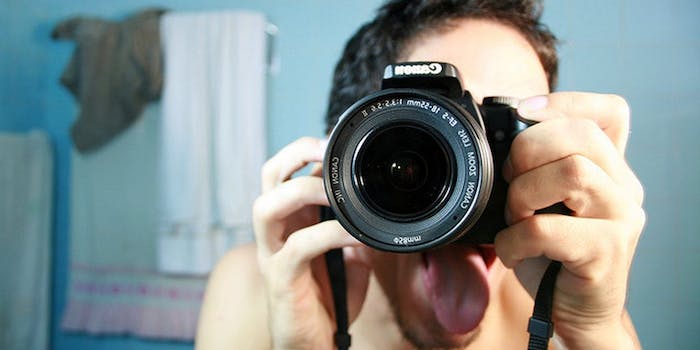 This Peeping Tom should be given extra prison time just for how bad his excuse was.

An 18-year-old from Plymouth, U.K., who filmed a woman in the shower is claiming that he did it accidentally while testing its water resistance.

After his arrest, Zak Hardy said that “as he was drying the phone he activated the camera accidentally,” according to the Plymouth Herald.

The woman whom Hardy was filming in a swimming pool shower saw the light from his phone, grabbed a towel, and alerted the pool staff.

Brought before the Exeter Magistrates’ Court, however, Hardy admitted through his lawyer that he had made up this account. The phone had been raised over the divider between cubicles, which would have been difficult to do accidentally.

According to the prosecutor, “Hardy was seen darting into another changing cubicle and staff waited for him to come out—holding his phone.”

Hardy is serving a year and a half of community service after paying about $240 and giving up his phone. He will also be listed on a local sex-offender registry until 2019.