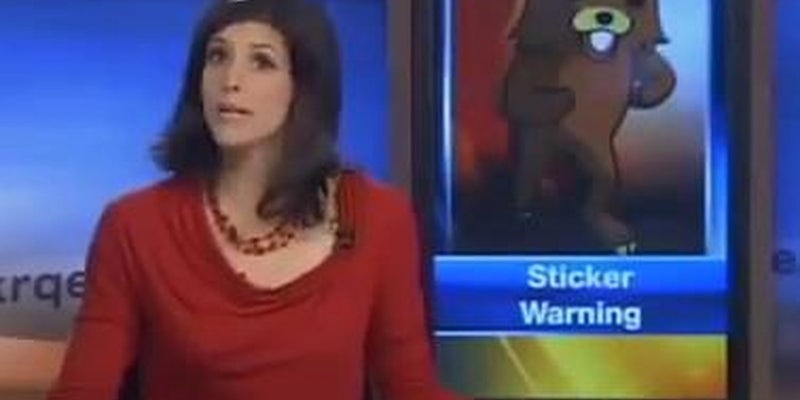 Parents, beware! Pedophiles dressed in bear suits are coming for your children—from the Internet!

Or so claims a recent segment by New Mexico’s KRQE News.

Pedobear, a cartoon drawing of a fuzzy bear, is a visual image posted as a warning, and sometimes a joke, whenever someone is sexualizing children in an online forum. The website Know Your Meme describes it as “signal” used to alert “moderators and other users that illegal pornographic content had been posted.” But usage varies; sometimes it’s meant merely to indicate that someone’s made a creepy comment about a child.

That codified usage in online forums like 4chan, however, completely escaped KRQE News, which views the cartoon as a way for pedophiles to identify each other.

New Mexico’s attorney general even went so far as to call it a “dangerous symbol targeting children.” The news report goes on to state “pedophiles are hiding behind the cartoon and victimizing children.”

In fact, Pedobear means the opposite: When used seriously, it indicates that a line’s been crossed.

This isn’t the first time Pedobear was misunderstood by mainstream culture.

Last year, California’s KSBY 6 issued a similar warning, and as the Daily Dot reported, one freshman university student was reprimanded for taping up a printout of Pedobear on a dorm elevator door.

At face value, it is easy to laugh at mainstream culture’s inability to understand Internet memes. Their confusion, however, begs the question: Why do these obviously smart people not know how to use Google?

Wikipedia, the first entry that pops up in a Google search, describes Pedobear as an image “used to mock pedophiles.”

Local news journalists, however, are heavily reliant on law-enforcement sources—and may be inclined to take officials’ word for it on something like Pedobear.

That’s why, in some countries, TV journalists aren’t called “reporters”—people call them “newsreaders.” And if that’s all they are, who can blame them for following someone else’s script?