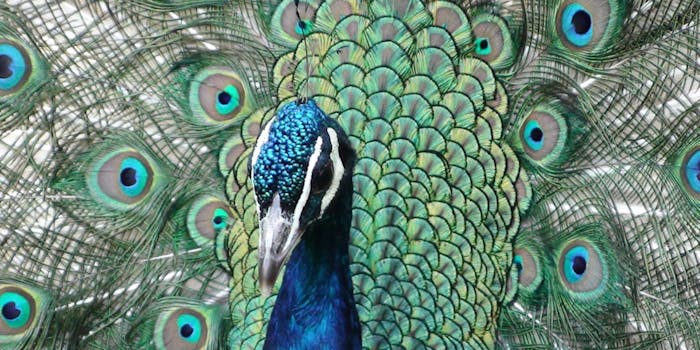 She got too cocky.

Attention young, confident women: Your strut may be on point, but you can’t out-strut a peacock. That’s, like, their thing.

That’s what this young lady learned when she tried to step to the world’s most fashionable bird. She tries to bust some sweet dance moves but ends up getting busted up instead.

Oh that’s right! You mess with the queen bee, you gonna get stung!

The part that hurts the most has to be her cameraman and (probably former) friend hitting her with an “I told you so!” at the end.

The Vine was posted by her sister who added “I want this video of my sister to go viral.”