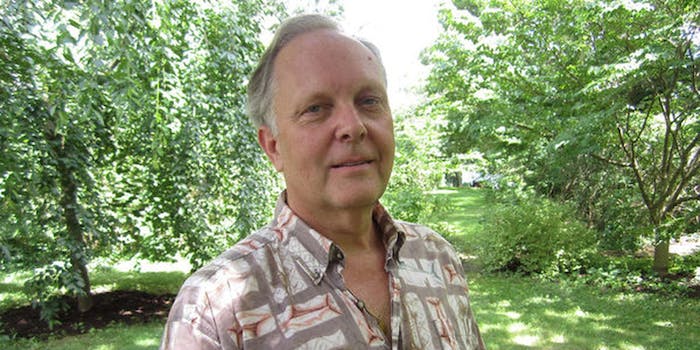 Chris Reynolds, a 56-year-old resident of the small town of Media, Pennsylvania, has been on a financial roller-coaster ride.

Chris Reynolds, a 56-year-old resident of the small town of Media, Pennsylvania, has been on a roller-coaster ride of sudden ultra-wealth and spectacular losses—all in the space of a day.

Reynolds, a PayPal customer who uses the service to buy and sell items on eBay, particularly vintage car parts, saw a surprising figure in his monthly statement, delivered Friday. That figure? $92,233,720,368,547,800, or about $92 quadrillion.

“At first I thought that I owed quadrillions,” said the down-to-earth Reynolds, according to Philly.com. “It was quite a big surprise.” Double-checking his account, he discovered he neither owed that amount nor had it coming to him: his balance was zero.

Still, Reynolds said, the imaginary epic windfall left him feeling charitable. After opening the email, he donated $30 to the Democratic slate for Delaware County Council.

“I was moved to be really generous by good fortune,” said the father of three.

If the prodigious account credit were true, Reynolds—who with his wife owns Reynolds Ink, a public-relations firm—said he’d pay down debts with the money.

“I’m a very responsible guy,” he said. “I would pay the national debt down first. Then I would buy the Phillies, if I could get a great price.”

Most of us would agree that PayPal shouldn’t get off the hook so easily. How often has a financial company refused to acknowledge an incorrect or bogus charge and insisted a customer pay it off? If anyone should benefit from a digital accounting error, it’s this guy.

At the very least, we’d love to see what souped-up vintage car he’d drive onto the field at Citizens Bank Park.