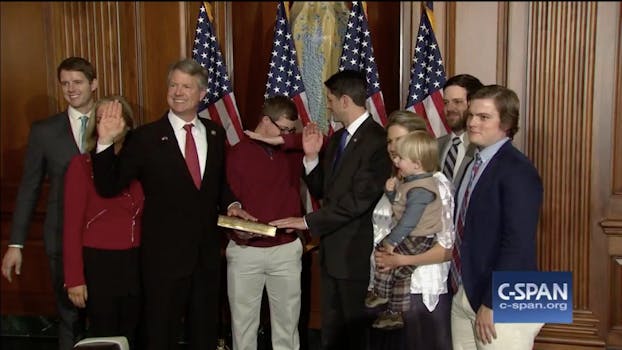 If Paul Ryan gets his way, the U.S. House of Representatives will be a meme-free zone in 2017.

Today was a busy first day of the 115th Congress for Rep. Paul Ryan (R-Wisc.).

After fighting off an attempt from members within his own party to completely strip the House of an ethics oversight committee, he had to fend off a meme-wielding teen.

At the photo-op for Rep. Roger Marshall’s (R-Kan.) swearing-in ceremony, a teen attempted to dab for the camera.

It wasn’t a great effort, the arm angle is way too high, and he was all too obvious about it.

Enough so that Ryan, who thought he was sneezing, stepped in to shut down the shenanigans.

Afterward, it appears the teen apologizes to Ryan, who told him not to worry about it.

I like to think that the teen was saying sorry for his weak dab, to which Ryan, who clearly understands the importance of the memes to the kids, tried to console him.

What a day in all.