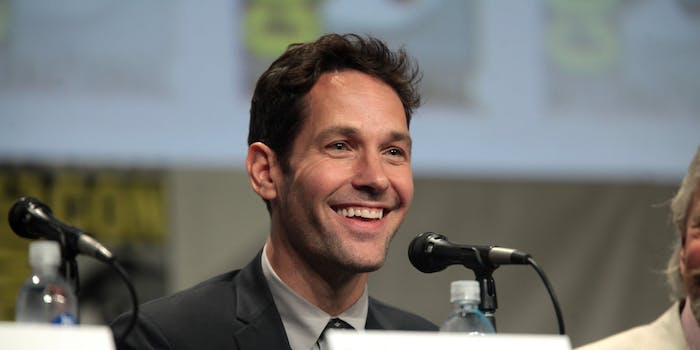 Just don't trash the house too much.

One of the Kansas City Royals’ biggest fans is more than ready to party after his team made it to its first World Series in nearly 30 years.

Actor Paul Rudd, who grew up in the Kansas City metro area, saw his team sweep the Baltimore Orioles at Kauffman Stadium Wednesday night, and he sounded hoarse and elated as he talked to KMBC’s Johnny Kane after the game. Rudd was just like any other baseball fan who saw his team make it to the World Series. He was hopeful about the future, and he wanted to celebrate.

“Party at my mom’s house, man!” he shouted jokingly. “She’s out of town, I’ve got a keg. It’s going to be sweet. Five dollar cover!”

The Royals still have a tough World Series ahead of them against either the San Francisco Giants or the St. Louis Cardinals. Hopefully Rudd didn’t trash his mom’s house too much; there could still be another victory to celebrate.