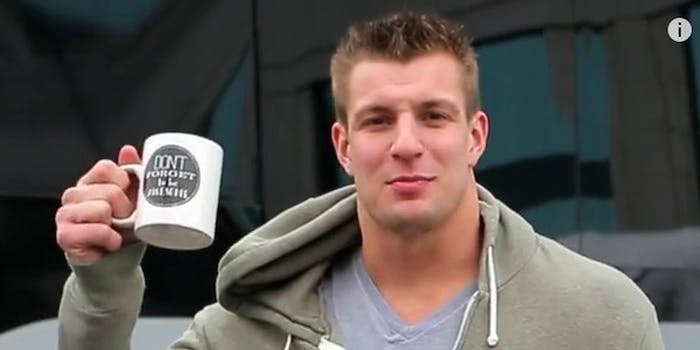 Rob Gronkowski will spike anything you want

Gronk doesn't only spike footballs. He's apparently much more versatile than that.

The NFL‘s favorite bro is ready to spike whatever you want into the ground. And he wants to do it for charity.

The man who’s famous for spiking a football really, really hard after he scores a touchdown—and he’s scored 54 of them during his five- year career—Gronkowski is willing to be a Gronk-spiking machine.

He’s even gotten Lionel Richie involved in the project. 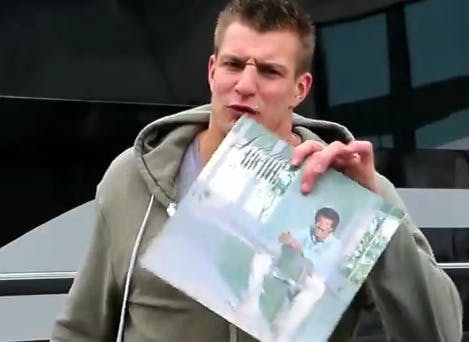 Other than Richie—and a piñata mustache (!!)—the video gets kind of repetitive. It’s basically Gronkowski throwing things hard on the pavement outside of his party bus. But if you bro out when you see the ultimate bro, enjoy the next two minutes.