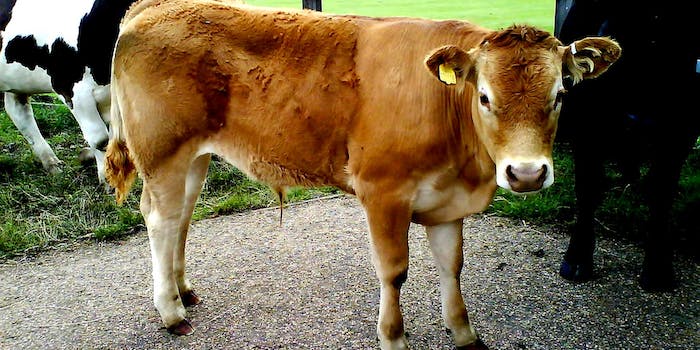 What does the cow say? Patrick Stewart can tell you

One rather specific podcast question brought something udderly perfect to our ears.

On a recent episode of NPR’s How To Do Everything, a woman from Nevada asked the hosts just how a cow would moo in a British accent. Luckily for them, they had cow dialect expert (and expert of many things) Sir Patrick Stewart on hand to help with all of their moo-related questions.

And while cows do have different regional dialects, it’s even more complex than that.

“It’s not a simple, straightforward answer unlike, probably, any other country where cows moo as cows moo,” Stewart explained.”In England, we’re dominated by class, by social status and by location. So, for example, a cow that is in the field next to my house in West Oxfordshire would moo in one kind of way, and a cow in a field in the semi-industrial town I grew up in in the North of England would moo in another kind of way.”

He then demonstrated just what a cow would sound like in West Oxfordshire, which is better than any variation of “Moo” I could ever type out. Looking to milk Stewart’s talent for all it’s worth, the hosts asked him to demonstrate the many different cow dialects one could possibly encounter, which are all different due to environmental and cultural conditioning. The cockney accent is a highlight.

If you’re ever traveling in England, make sure to talk to every cow you meet. Who knows what utterances they’ll make?