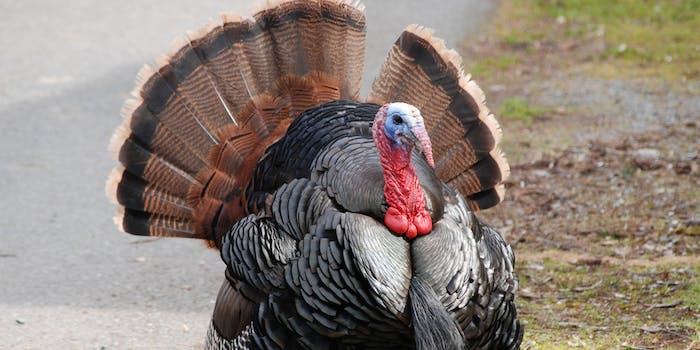 Turkeys pardoned by presidents: Where are they now?

An incomplete, inaccurate history of gobbles, grain, and American greatness.

Faced with an enormous, testy, carrion bird, a man can be only one thing: himself. The Presidential Turkey Pardon is a Great American Tradition, the kind of thing leftover from our folksy peasanthood that other countries snigger about at their secret Anti-U.S.A. clubhouse meetings (held in Bavaria’s mom’s basement).

Every year, the president of the United States of America, the Greatest Country on Earth, takes time of out his busy schedule to save the life of a single turkey. No matter what his drones have razed or whom his SWAT teams have brutalized, on this day, at this moment, the president holds the fate of a bird in his tiny hands. This thrills him. He glows with its power. Gaze, fellow citizens, upon the true faces of our leaders.

Yet few online news outlets are willing to take the story to its true subjects: the turkeys. What did they do with their freedom? Do they deserve another shot at redemption? Welcome to… 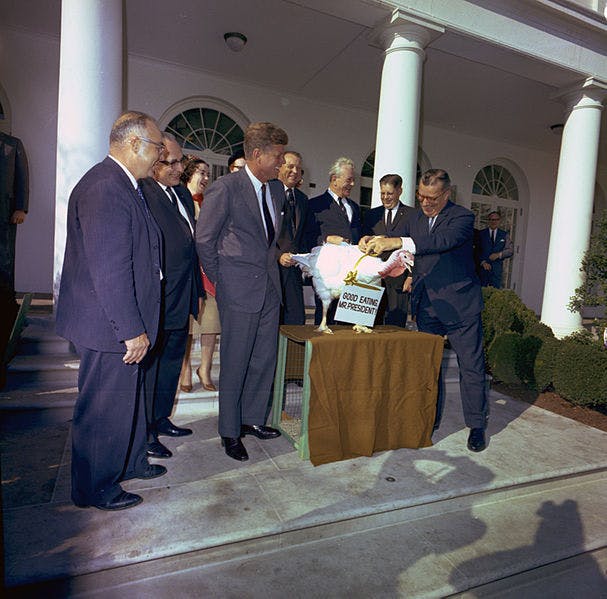 Where Are They Now: Mincy enjoyed a long career as a therapy turkey to two elderly twins, one blind and one deaf. They completed one another’s sentences, and once Mincy woke to find the two of them whispering over her as wraiths from a dream. They have predicted every major assassination since Kennedy’s. They were born at the moment Princip’s bullet pierced Archduke Franz Ferdinand’s jugular in Sarajevo. Mincy is frightened of them, but she is too smart to show it. The century has spiraled out of her comprehension. She eats her grain and lets them pet her with their dry hands.

Kennedy’s Advice: “Thank God I’ll be dead before the shit goes down.” 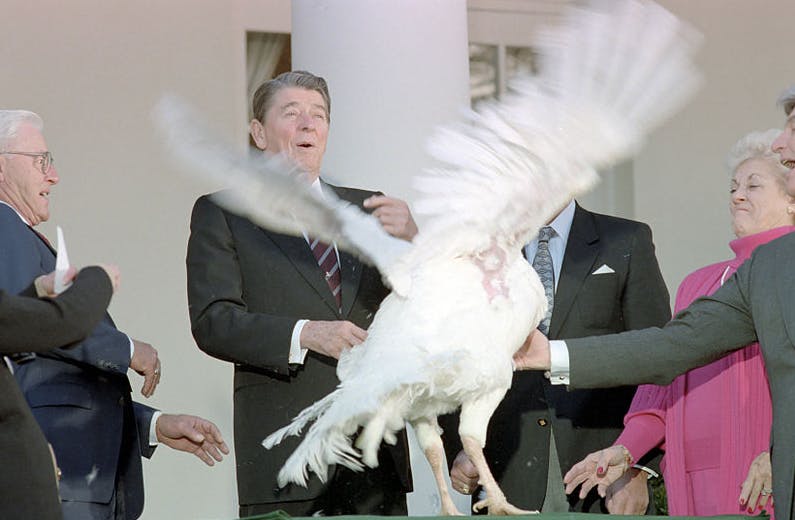 Where Are They Now: In 1983, Bonzo, ever the dreamer, established a new political system known as ‘trickle down economics,’ in which the larger turkeys would receive all of the morning’s grain, while smaller turkeys positioned themselves underneath their beaks to catch any overspill. Bonzo believed this system would do away with invasive grain redistribution programs and the sad phenomenon of welfare hens, who grew fat on the charity of taxpaying, hard-working turkeys. Sadly, the system ended in tragedy when a rainstorm struck the region and the top-ranking turkeys, their beaks wide open for that morning’s grain deposit, were all drowned. 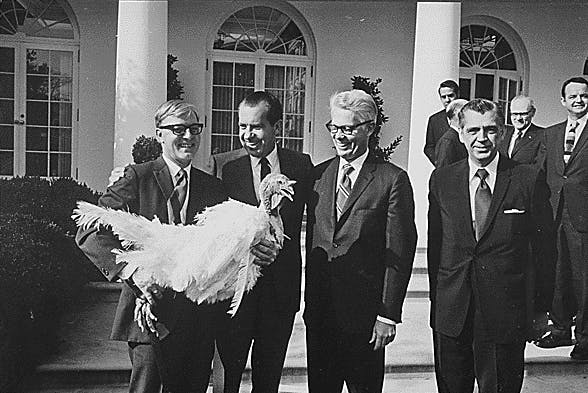 Likes: Not a whole lot, to be honest. Maybe grain?

Where Are They Now: Sally really tried to settle down with a nice turkey cock. She gave motherhood her best shot. But the call of the open road was stronger, and one day she ditched the chicks in the neighbor’s field and took off running, gobbling her heart out. She thought she’d head to Canada to get herself a cabin on a mountainside and just write. She ran 600 yards before one of Nixon’s henchmen cold-cocked her. She was blindfolded and driven to a secret location, where she was locked in a white room and fed 500 milligrams of LSD at hourly intervals. A tape of her own gobbles played on a loop. Eventually, she was returned to her family. She was mute and walked with a slight limp. In her lifetime she laid over 70 eggs.

Nixon’s Advice: “If you try to cross the border, I’ll know.” 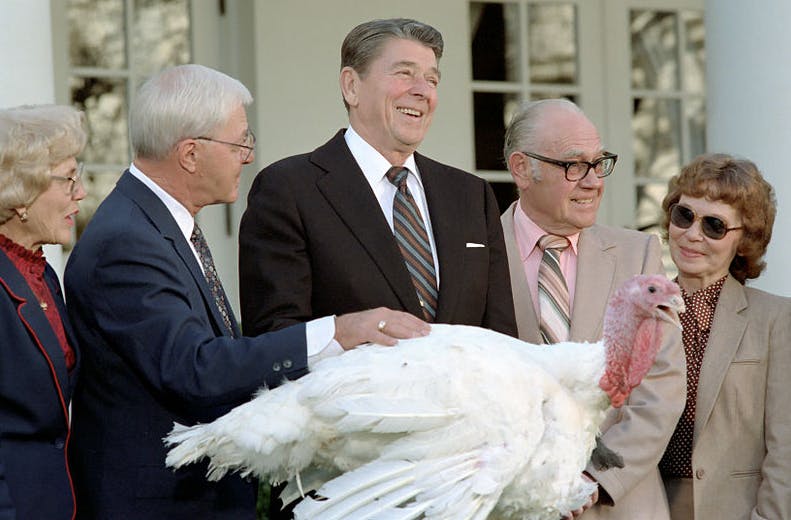 Where Are They Now: In 1998, Patsy dropped out of UC Irvine to found Hunt/Peck, a multimedia search engine. Today, he’s the founder and CEO of the world’s largest taxi smartphone app. He owns a herd of miniature horses and is unmarried by choice.

Reagan’s Advice: “You can’t just rely on white privilege. It’s also about being handsomer than everybody else.” 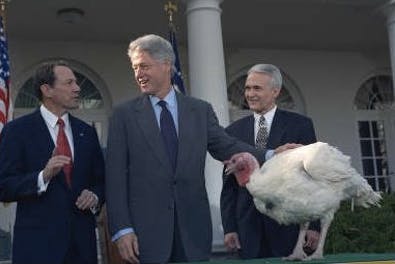 Sign: I’ll show you mine if you show me yours.

Likes: Let’s focus on the issue at hand.

Where Are They Now: What happened wasn’t Taters’ fault, exactly, though he was certainly involved. We’re not allowed to comment further, pending a grand jury investigation. But we’re sure justice will be served. 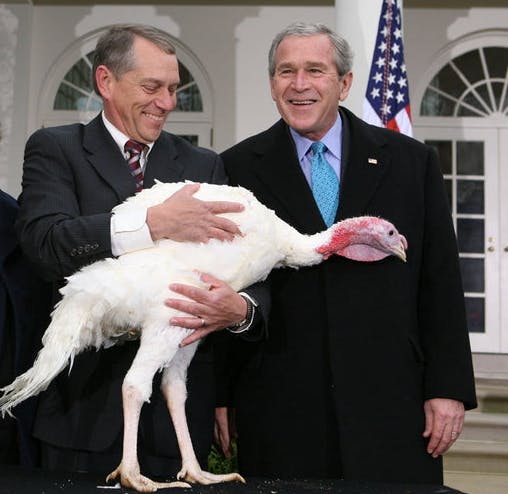 Where Are They Now: Big Ted opened a couple of shooting ranges in Nevada and he’s doing pretty well, most of the time. On Sundays he goes to church and then spends the afternoon on his porch, painting landscapes. His baseball team never wins the World Series, but that’s OK. He tries not to think about all the pain he caused. Sometimes he sets small fires around his house and garage, putting them out quickly with a blanket so the neighbors won’t see.

Bush’s Advice: “I like to think of myself as our nation’s best ex-president.” 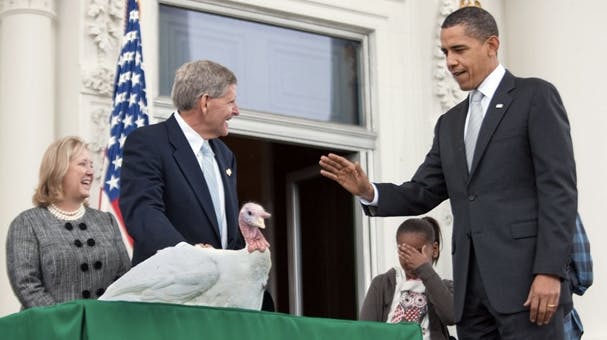 Likes: The system only cares what you like insofar as it can be used to exploit you for data, votes, and taxes.

Where Are They Now: Afraid to say what’s in his heart.

Obama’s Advice: “Our country is run by rational people who treat everyone fairly.”

Wait, you want to know what really happens to pardoned turkeys?

They go to Disneyland.