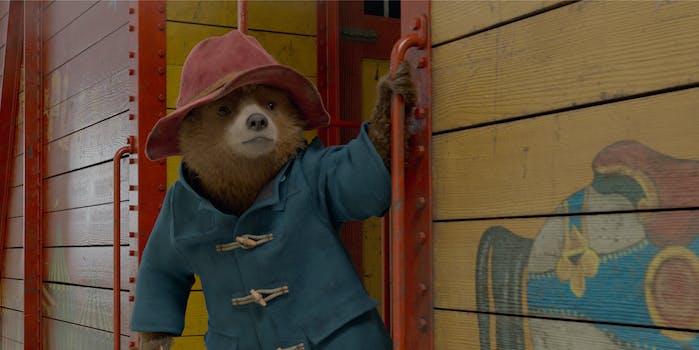 If you put any weight into the review aggregator website Rotten Tomatoes, the answer might be a resounding yes. Earlier this week, a Twitter user noticed that Citizen Kane, Orson Welles’ 1941 masterpiece about the rise and fall of a newspaper titan, which used to have a perfect rating on Rotten Tomatoes, was now at 99%. Meanwhile, Paddington 2, Paul King’s 2018 film that is a fun family film that both celebrates immigrants and comments on the prison industrial complex, resides at that elusive 100%.

When a negative review punctures a perfect Rotten Tomatoes score, fans tend to be on the lookout for the critic who sabotaged the rating. But the person to pen the sole negative review for Citizen Kane on Rotten Tomatoes has long been dead. The review, which Rotten Tomatoes clipped on March 1, was written by the critic Mae Tinée—aka the pen name used by several critics at the Chicago Tribune. The review, which is titled “‘Citizen Kane’ Fails to Impress Critic as Greatest Film Ever,” was published on May 7, 1941, and while Tinée doesn’t give the film a full-on pan and praises the supporting cast, she’s not impressed by her fellow critics already lauding Citizen Kane as one of the greats. In her review, she took issue with the more dour tone of the film, noting that “I kept wishing they’d let a little sunshine in.”

“It’s interesting. It’s different,” Tinée wrote. “In fact, it’s bizarre enough to become a museum piece. But its sacrifice of simplicity to eccentricity robs it of distinction and general entertainment value.”

When it was first released, Paddington 2 was a film that critics adored in fervent tones, and in the more than three years since its release, the love for Paddington 2 has only grown. But it’s far from the only film with a perfect score on Rotten Tomatoes; the list includes beloved classics like 12 Angry Men, Singin’ in the Rain, the original Rebecca, and Seven Samurai alongside contemporary films like Before Sunrise, Honeyland, The Tale of the Princess Kaguya, and the first two Toy Story movies. Rotten Tomatoes scores don’t always capture the nuance of a film review, so it’s possible that the reviews marked fresh are more critical than the fresh tomato logo suggests; the reverse is also true. It’s also a gauge that many make when making the snap judgment of whether to watch a movie, and for fans of franchises, there’s validation when a movie or show gets that coveted “certified fresh” distinction.

But in the case of Paddington 2 somehow “besting” Citizen Kane, there’s something just inherently funny about a very polite bear from Darkest Peru with a constant hankering for marmalade (and who is voiced by British national treasure Ben Whishaw) taking the title of “the greatest movie ever made” from Welles’ Charles Foster Kane.

For many of Paddington 2’s fans, it came as no surprise

Others predicted and called for discussing and dissecting Paddington 2 like we do with Citizen Kane.

And of course, the memes and Photoshops brought it to another level.

By Wednesday morning, Paddington’s official Twitter weighed in with a very diplomatic response that also allows us to visualize Paddington pelting Kane with actual rotten tomatoes.

King has since responded to the new distinction, telling The Hollywood Reporter that while he’s pleased by the news, he’s also not taking things too seriously.

“It’s extremely lovely to be on on any list, which includes Citizen Kane, but it is obviously quite an eccentric list that goes from Citizen Kane to Paddington 2, so I’ll try not to take it too seriously,” King said. “I won’t let it go too much to my head and immediately build my Xanadu. But I have been cooking up a model just in case.”

Earlier this year, StudioCanal confirmed that Paddington 3 is in the works, so we’ll have to wait a while to see if Paddington 2 will still reign supreme or if it will eventually be toppled by its own successor. But if any film can do it, it’s a Paddington film.