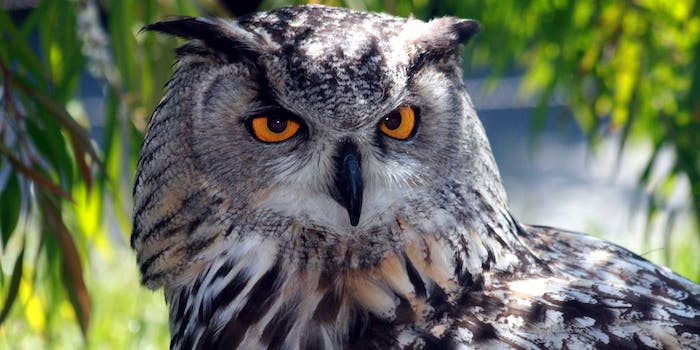 You wish your friends were as cool as this owl.

You know when you’re hanging out with your friends but there’s a weird stranger there as well? Well, imagine that, but with an owl. Imagine there’s an owl in the car, and everyone’s acting like it’s totally normal.

This unreasonably chill owl just dropped by to hang out in a man’s car and listen to some music. And while we wouldn’t recommend catching a live owl and taking it for a drive, you have to admit that the result makes for a pretty awesome video.

Not for the first time, we’re wishing that domesticated owls were a thing. Their bug-eyed reactions are just so cute!

But seriously, don’t capture an owl and put it in your car. That’s a recipe for disaster.

Photo via Brocken Inaglory/Wikimedia (CC BY 3.0)