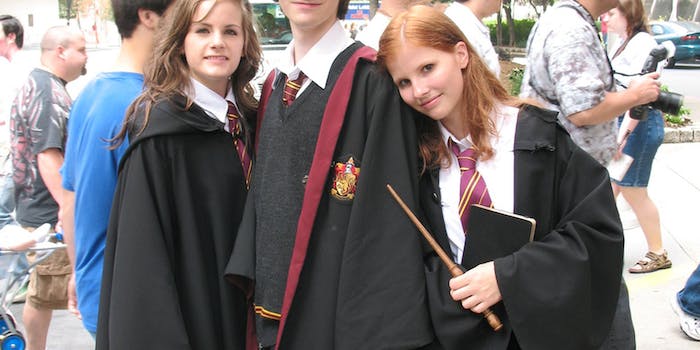 An uncertain future for one of fandom’s largest organizations

The Organization for Transformative Works, or OTW, announced a major shake-up in its highest ranks—its founders, Francesca Coppa and Naomi Novik, resigned. Why?

Is one of fandom’s biggest organizations now in jeopardy?

On Dec. 27, the Organization for Transformative Works, or OTW, announced a major shake-up in its highest ranks. Founders Francesca Coppa and Naomi Novik announced their resignations, effective at the completion of the 2012 term. The announcement, made in a Dec. 27 blog post on the organization’s website, stated that both women filed their resignations on Dec. 15.

Coppa, a Board member since the OTW’s founding, is accepting a visiting professorship at the University of Pennsylvania in the spring and has resigned all of her OTW positions. Novik, a founder and past president of the OTW Board, will continue in her other OTW positions while devoting more time to new and ongoing book projects.

The resignations of Coppa and Novik come after an eventful—and controversial—period for OTW. Many members, including Nikisha Sanders, who is on the board of directors, felt that the organization was not focusing on the needs of the fanfic community as a whole. Instead, it focused efforts on its specific projects, such as the Archive of Our Own (A03), an archive of fan works. An April 2012 fundraiser that raised $35,000 in just five days largely targeted only members and readers of the archive. (Users of AO3 and Fanlore as well as readers of Transformative Works and Cultures Symposium, among others, were also welcome to contribute.)

In November 2011, an election was held to fill four empty seats on the OTW board. A number of members did not wish to see Novik voted onto the board, as they felt she would invalidate and override the opinions of her fellow board members. Despite these concerns, Novik was elected to a three-year position, alongside fellow candidates Sanders, Julia Beck, and Jenny Scott-Thompson. Scott-Thompson submitted her resignation in August 2012.

Internal struggles weren’t the only issues plaguing the organization. OTW member Renay, the chair of Volunteers and Recruiting, detailed an “epidemic” of volunteer burnout and turnover:

“The OTW is always sorry to see long-serving Board members step down, but we’re happy to be in a position to appoint two great candidates in their place,” the OTW told the Daily Dot.

“It’s important for the health of the organization that Board members can step down if they feel they are no longer able to fulfill their roles (and we’re really happy that in this case, that change has come because of flourishing personal and professional lives).”

The OTW appears hopeful about the successors to Novik and Coppa.

“Cat Meier and Maia Bobrowicz join the Board with Naomi and Francesca’s full support and endorsement. Both are long-serving OTW volunteers who have built up lots of trust within the organization,” the group wrote.

Since stepping down, neither Novik nor Coppa have commented publicly on the matter.

Correction: The April 2012 fundraiser mentioned in the original version of this story also targed users of Archive of our Own (AO3) and Fanlore, as well as readers of Transformative Works and Cultures Symposium. AO3, an archive of fan works, was also mischaracterized as a sister project of the Organization for Transformative Works. In fact, the archive falls under the umbrella of OTW. We regret the errors.