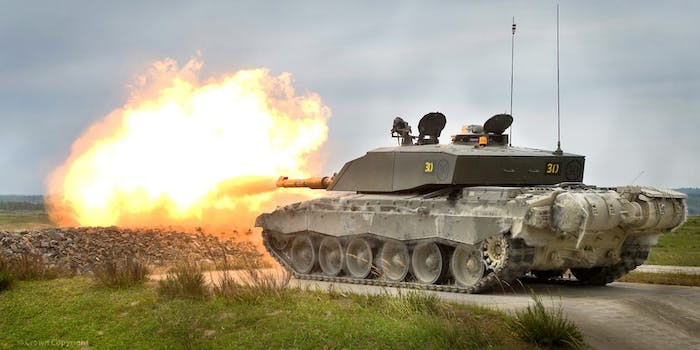 It’s like Uber, but for military-grade machine guns, tanks, and grenade launchers.

Actually, maybe it’s more like Craigslist. ArmsList is an online intermediary between buyers interested in buying heavy armaments and sellers offering them. Beyond that, the site does not become involved in any transactions—they explicitly state as much in their footer.

The site’s a dream for anyone looking to get an NFA weapon (machine guns, silencers, short-barrelled shotguns, and destructive devices heavily regulated by the National Firearms Act). It’s also the perfect candy store for people looking for that extra jolt of adrenaline that only a fully operational tank can provide. In fact, you can buy one of those right now for a quarter million dollars.

But is it legal? And can anybody just up and buy something with the insane firepower of a tank or grenade launcher? According to the Bureau of Alcohol, Tobacco, and Firearms, yes, totally legal. And, technically. 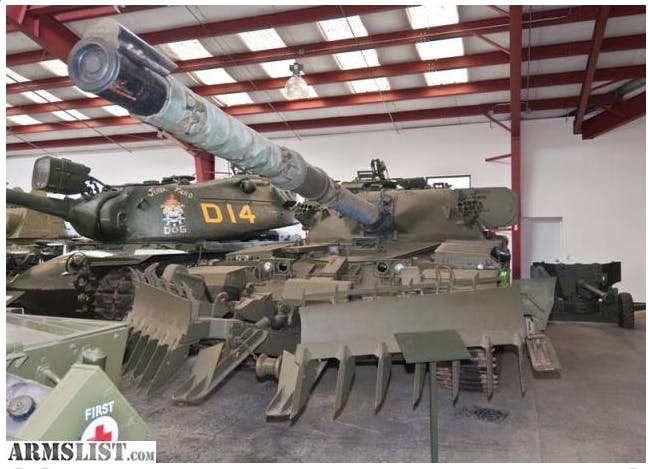 Right now, ArmsList will put you in touch with a dealer selling a “Fully Operational Main Battle Tank with 120mm Live Cannon.” It’s a tough deal to resist. “This armored tank is fully functional,” the ArmsList classified states. “The turret is fully operational […] The main gun is registered as a Destructive Device with the ATF and comes with 10 projectiles. More projectiles are available.”

“If they’re operational, you can register those actual cannons [as an NFA weapon],” Russ Morrison, a spokesman for the ATF, told the Daily Dot. “And if they’re sold, they’d have to go through a transfer to make sure everything’s OK, and have it registered, as well.”

The NFA was passed in the 1934, shortly after Prohibition, “because of all the gangster wars… and it regulated the type of weapons gangsters used,” like machine guns, silencers, and explosives, Morrison said. The act was amended in 1968 to include an amnesty period of 30 to 90 days for anyone interested in acquiring an NFA weapon.

But one can’t just walk into a gun shop and buy a tank, grenade launcher, or suppressor. It requires a ton of paperwork and additional taxation. The regulations are almost a different language.

“As far as registering NFA, you’d have to get the sheriff to sign off on it as well,” Morrison said. “There’s going to be some background done. You’ve got to assure they’re not prohibited [from lawfully owning a firearm] in the first place. There’s some type of control that’s involved when somebody wants to purchase something like this.”

So it’s not illegal to buy a tank online. In fact, this isn’t the first one the Morrison had seen.

“I remember over in East Texas, where I worked in the field, seeing a tank parked beside a house in the woods,” he said. “That was kind of an interesting sight—one of those American tanks; Vietnam Era.” 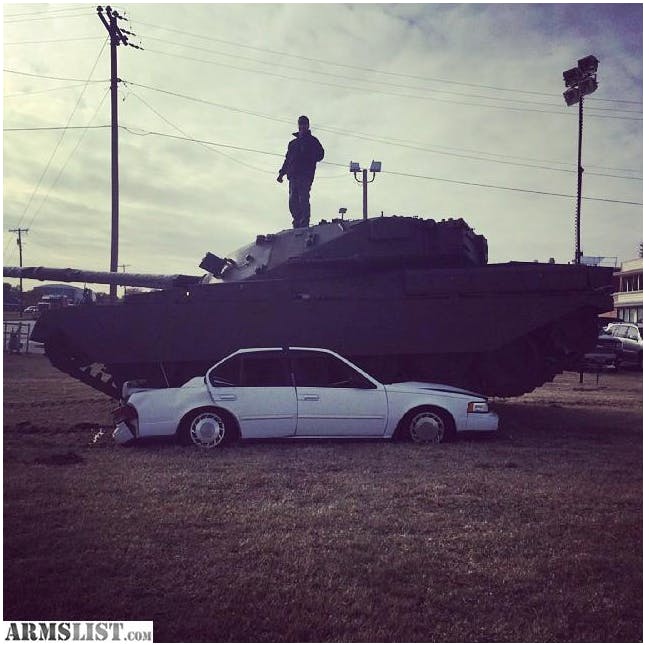 What’s to stop someone from shooting a tank cannon,which is officially regarded as a “destructive device” by the ATF?

“There’s no regulations pertaining to that,” Morrison said. “You’d have to abide by city ordinances, state law. I want to say there was some type of tank incident where they were shooting a .50 caliber machine gun into a lake,” and neighbors apparently called in complaints. “The moral of this story is they gotta be cognizant of the area where they are before they discharge something like that.”

The ATF certainly can’t monitor the behavior of someone who’s simply a bad neighbor, whether they’re firing a machine gun, a tank cannon, or letting their dogs poop on public grass. And whether you’re looking to register any of those weapons under NFA, it’s all the same process.

“If it’s a 120 millimeter cannon or a silencer—which is common because of the hog problem,” Morrison said, they undergo the same amount of scrutiny, paperwork, taxes, and background checks. But what is this hog problem?

“The hog problem is just horrible down here,” Morrison said, explaining why suppressors are one of the most commonly registered items. “Coming from East Texas, a lot of these hunters, they like the silencer because they can start eradicating their hog problem without scaring their herds.

“You get a [pack of hogs] that comes through on a piece of land, and it looks like there’s a plow. That’s why so many silencers are being registered,” he added. “Hogs root up the ground, tear up crops. They’re destructive, they’re dangerous. They’ll charge you!”

At the very least, if an East Texas farmer needs recover from the economic loss caused by wild hogs, we know of a tank that’s on the market.