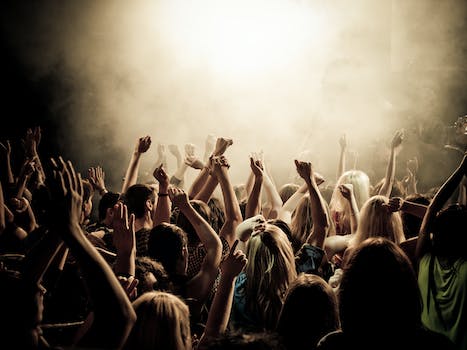 One Week, One Band: Longform music criticism on Tumblr

If there’s one thing that most music blogs have in common, it’s the pursuit of the new: the latest fad, the hot new single, Kanye’s most recent outfit. But there’s also room for long-form, in-depth criticism of music outside the hype cycle. And so, each week for the past year, 27-year-old German MBA studentHendrik Jasnoch has handed over the keys to his blog—One Week // One Band—and invited music critics and fans to delve into the catalog of a single artist. The musicians span the gamut (ABBA, Fugazi, Lil Wayne), and yet the writing is nearly always thoughtful, colorful, and reverent. We chatted with Jasnoch about music blogging, fandom, and why he thinks there’s still a place for long reads.

Why start a blog devoted to longform music criticism?

I sort of fell into the music critic crowd on Tumblr, where people kept discussing the evolving nature of music blogs and lamenting shortening buzz cycles and impersonal listicles. That gave me the idea to create a collaborative space that would allow for an in-depth, personal discussion of any kind of music, not just the latest mp3s. In the age of Spotify and YouTube, I don’t really need to explain to anybody what a song sounds like—but detailing why I like it, and where it sits in the wider web, seemed like something worth sharing.

Who are your writers?

It’s a mix of professional writers, college professors, and just kids with Tumblrs who are passionate about music. I think it’s really important to have that variety of perspectives, even if just to realize that belittling someone for enjoying any sort of music is the stupidest thing. It’s definitely as much about the people listening to music and their relationship to it as it’s about the music itself.

Is the writing criticism? Fandom? Or something else entirely?

That line’s pretty blurry, isn’t it? I guess you could call it a fan’s attempt at critical appreciation … most perspectives are generally positive but not blindly or fawningly so. I’m not explicitly against a more unfavorable take, but I just don’t want to contribute to the ocean of needless negativity.

It seems like there are a lot of ’90s artists in the roster: Weezer, Hole, REM. Is that on purpose?

It definitely isn’t intentional, but it might very well be that that’s a formative era for many of today’s music writers.

What’s been your favorite music week so far?

I really enjoy the weeks that challenge the popular narrative but also have a bit of a personal twist. Liz Phair week was a highlight in that regard, also David Bowie in the 1990s, or Blink 182. Or evenRadiohead, who I had been pretty sure didn’t need to have any more words devoted to them.

Have you ever been a superfan?

If flying to other countries to see band members’ side and solo projects counts as being a superfan, then yeah… I’m definitely slightly beyond critical reasoning with Blur. Discovering their back catalog was a revelation for me; they just seemed to give me everything I never knew I wanted from music—from sugary pop rushes to fuzzed-out art-rock noise. I was too young to catch the band at the peak of their activity, so now I’m taking everything I can get.

If you could profile one musician, who would it be?

I did once write a week on this band called Tocotronic, who started out as lo-fi grunge-pop sloganeers and eventually became the intellectual elder statesmen of German indie-rock. Blur’s definitely in the pipeline, but I’d also like to talk about someone I’m slightly more ambivalent about. I always felt the Eels would be worth a profile. Then again, I’m certainly no writer, and English is a foreign language for me, so most days I rein in my ambitions and leave the blog in more capable hands.

By Mehan Jayasuriya // Photo via Shutterstock