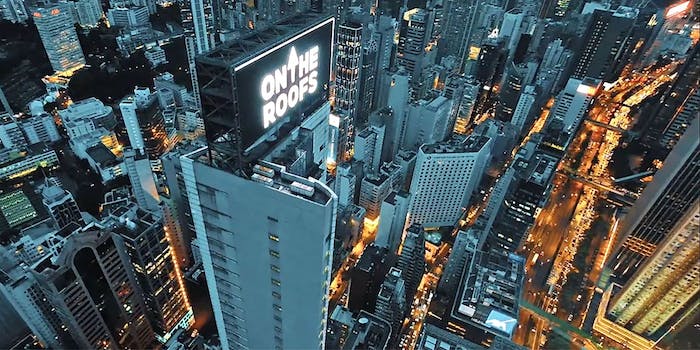 The sky is the limit.

Urban exploring collective On The Roofs has paid a visit to the skyscrapers of Hong Kong—and they’ve left behind a memento for the city to remember them by that’s difficult to ignore.

Stunning footage captured by the Russian group show them sneaking to the top of a high-rise building, indulging in a little aerial videography via drone, snapping a few shots—but it’s all just a precursor to the main event.

On The Roofs previously saw success when they scaled the Shanghai Tower in China—the second-tallest building in the world. The video has since been watched more than 35 million times in under a year.