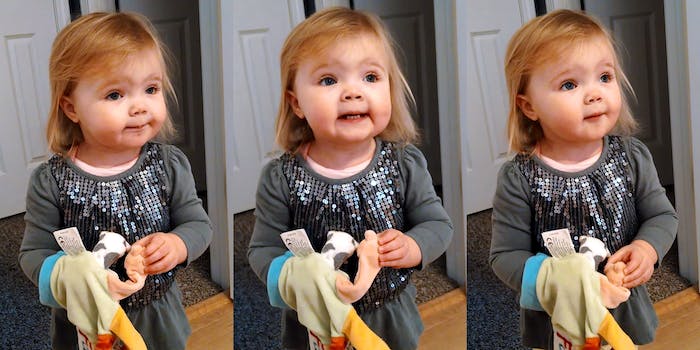 There’s just something about adorable toddlers singing songs on YouTube that can make even the toughest of consumers smile. The newest superstar of the genre is Josie, a little girl giving her very best rendition of preschool classic “Old MacDonald.”

At 23 months, Josie really knows how to command the digital screen. First, she’s dressed for the occasion in just the right amount of sequins. She’s also got a solid grasp of the key animals to include in any cover of “Old MacDonald”: pigs, dogs, kittens, and, of course, the duck. You can’t sing “Old MacDonald” without nailing the “quack quack,” which little Josie does with aplomb.

Josie’s dad uploaded the video almost a year ago, but it just hit it big, closing in on 4 million views. These parents have a budding YouTube celebrity on their hands.