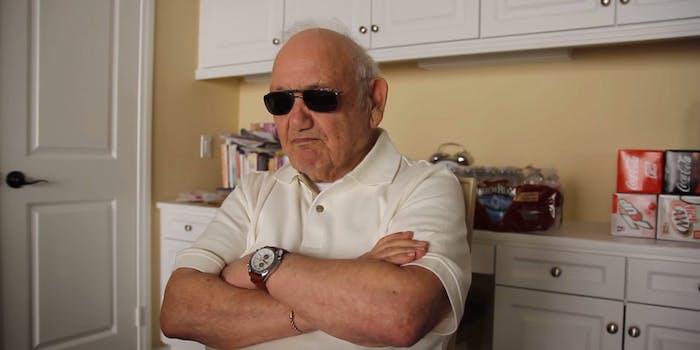 Months after former meteorologist Geoff Fox’s 89-year-old dad told a great joke about penguins, he’s back with an even dirtier joke. In this one, a man’s looking for a way to improve his sex life after every medication on the market is unable to help him.

The solution is unorthodox and the execution even more so, but it probably led to a very awkward conversation in that bakery afterward. The reverse Horatio Caine-esque sunglasses reveal is worth it.